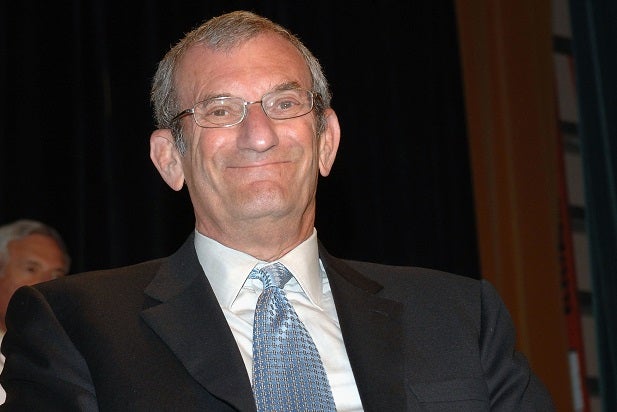 Ken Ziffren, the veteran entertainment attorney introduced Monday as the city’s new film and TV czar, said maintaining Hollywood’s grip on production won’t be easy, given the huge toll already taken by the exodus of projects lured by tax and and other financial incentives.

L.A. Mayor Eric Garcetti introduced Ziffren, who is replacing Tom Sherak, the former film executive and film academy president who died earlier this month after being named to the post in September.

“This is a critical moment for our industry and our economy,” Ziffren said. “If we don’t fight back now, these jobs are going to be lost for good, and that would be a devastating blow to our middle class.”

Of the 45 big budget feature films of 2012 and 2013, only one was shot exclusively in California, representing a loss of thousands of jobs to other states and countries. From 2005 to 2013, California’s share of the one-hour TV series market declined from 64 percent to 28 percent.

Ziffren stressed that the benefits of keeping film and TV production here go beyond the entertainment industry.

“This is about jobs for carpenters, electricians, makeup artists — good jobs that leave enough over at the end of the month to save for retirement, save for the kids’ college, and to spend in our neighborhoods.”

In his new role as point person on the industry’s lobbying efforts, Ziffren will be making that same point with state legislators who will decide soon whether to extend and expand California’s tax incentive program.

It’s been severely oversubscribed since its inception in 2009, and with a $100 million annual cap, it can’t match the offers of other markets. New York, for example, makes more $420 million available annually.

“Ken will be a powerful leader in our fight against other states that are taking our jobs,” Mayor Garcetti said, “and he will be aggressive about streamlining government so red tape doesn’t contribute to driving production away.”

Ziffren, a founding partner of Ziffren Brittenham, is one of the nation’s foremost entertainment lawyers and was a key player in resolving the 2007 Writer’s Guild strike and has represented the NFL in negotiating network TV contracts.

After earning a B.A. from Northwestern he earned his law degree from UCLA, where he was editor-in-chief of the UCLA Law Review. He clerked for U.S. Supreme Court Chief Justice Earl Warren and is co-chairman of the UCLA School of Law Board of Advisers and chairman of its Entertainment & Media Law Program.

Ziffren will have key support in his position from the director of the Mayor’s Office of Motion Picture and Television Production, Rajiv Dalal, and former MPAA head Bob Pisano, who will continue as an outside advisor.