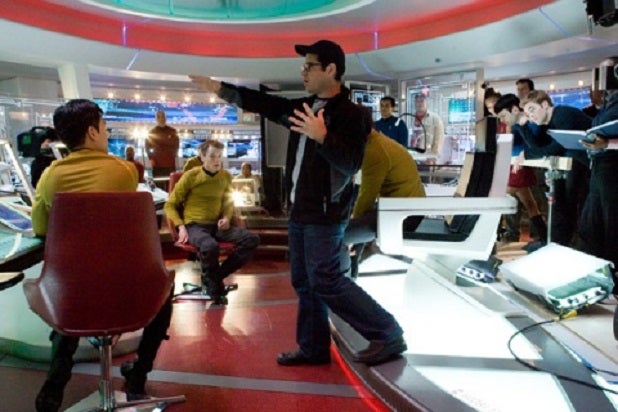 The overall production picture in the Los Angeles area remains grim — despite double-digit percentage increases in both movie and TV drama shoots in 2013, a study released Tuesday by FilmL.A. reveals.

On-location feature film shoots rose 19 percent from 2012 but are still 50 percent below their 1996 peak. And scripted TV drama shoots, next to movies the most economically beneficial for the region, were 39 percent below their 2008 peak despite rising by 16 percent over 2012.

That data was part of a 20-year overview entitled “Filming On-Location in Los Angeles: 1993-2013,” prepared by the non-profit agency that oversees the permitting process for location filming of TV, film, commercials and online projects in the region.

The picture it paints for the region isn’t pretty. More than 40 states and 30 foreign nations now offer financial incentives for feature and TV productions designed to lure projects away from Hollywood, and that has taken a major toll.

To make matter worse, the projects that are staying are “lower value,” the report says, while big-budget film projects and scripted TV series are leaving.

In 1997, California’s share of the top 25 live-action movies was 68 percent. In 2013, it was eight percent. Only two live-action movies with budgets over $100 million — “Star Trek Into Darkness” (photo above) and “The Hangover: Part III” — were shot in L.A. last year. Much of James Cameron’s 2009 epic “Avatar” was shot in L.A., but the director recently announced that he’d be shooting the three sequels in New Zealand to take advantage of the generous tax rebates there. That’s expected to pump more than $430 million in the local economy.

Reality TV, online productions and student films production have risen 16 percent over the past six years, but don’t come close to offsetting the loss of long-form TV and film projects, which bring much more employment and peripheral benefits, and rose just two percent over the same time period.

The CBS drama “The Mentalist,” for example, has spent more than $300 million in the state, created roughly 200 jobs and supported more than 160 vendors over its four seasons of shooting in L.A.

L.A. Mayor Eric Garcetti has made halting the production exodus a priority, and on Tuesday underscored that in response to the study’s release.

“The entertainment industry is a cornerstone of our civic identity and our economy, with 500,000 jobs at stake,” he said. “I will cut red tape at City Hall and fight in Sacramento to make sure L.A. is the best possible place for production and ensure that we are always the entertainment capital of the world.” In October, he signed a measure waiving permit fees for TV pilot shoots in the city.

Earlier, Garcetti appointed former Academy of Motion Picture Arts and Sciences president Tom Sherak to head the city’s push to keep TV and film projects in the area. A key part of his mission is to lobby Sacramento legislators to extend and beef up the state’s production tax credits, which are currently capped at $100 million, far below those offered by other states and countries.

It’s hugely over-subscribed, too. Last year, just 31 of a record 380 projects that applied via a lottery were chosen to receive credits.

“It’s all about the incentives,” FilmL.A. President Paul Audley told TheWrap. “That’s what we hear from the studios, the independent and commercials producers, everybody. And unless we start competing, we’re not going to be able to continue to say that we’re the best place for filming.”

For several years, California could point to its infrastructure of world-class array of sound stages, crew bases and post-production facilities to offset other state’s incentives. But the gap between California’s credit programs have increased — New York’s is up to $420 million, Georgia and Louisiana’s are uncapped — and now that may be in jeopardy.

“All those things made us special, now we’re seeing other states luring sound facilities, tech operations and vendors, and they’re creating production centers that could become permanent, and that would be devastating,” he said.

Doing something this year is critical, before things get worse, Audley believes.

“It’s frustrating because if we do decide to really compete, we’re still the best place to film. And if we had started to do that years ago, we could have shut this whole race down.”

Audley said that the key to selling legislators and ultimately Gov. Jerry Brown on improving the incentives is making them aware of the financial impact.

“One of the most significant things Mayor Garcetti has done is to start working with other cities and communities to make clear that the benefits of this program go beyond L.A. and will help the entire state,” he continued.

Here’s how some of the categories broke down over the past two decades. The data in the charts is based on the number of permitted production days for location shoots:

Television
Overall, on-location TV shoots last year rose 11 percent from 2012 and eight percent over the five-year average. But as with movies, the bigger-budget projects like scripted dramas and programming for cable are forsaking the region for New York, Vancouver and Atlanta, while the gains are based on more reality TV and Web productions.

Film
Feature production was up 21 percent over the category’s five-year average. But with big-budget features heading for greener pastures, the production numbers have been swelled by smaller, independent projects which don’t offer the same employment and spending benefits. Projects that received state incentives accounted for nine percent of feature film production.

Commercials
Growth in this category has been significant, due primarily to a marked increase in the number of commercials created for online. Production increased by 5 percent from last year, hitting an all-time high in 2013.

Other
This category includes music videos, adult and industrial films, still photography and student films – all “lower value” in terms of economic benefits to the region – and accounts for roughly one third of all L.A. area production. The category rose 11 percent year-to-year in 2013 and hit an all-time high.