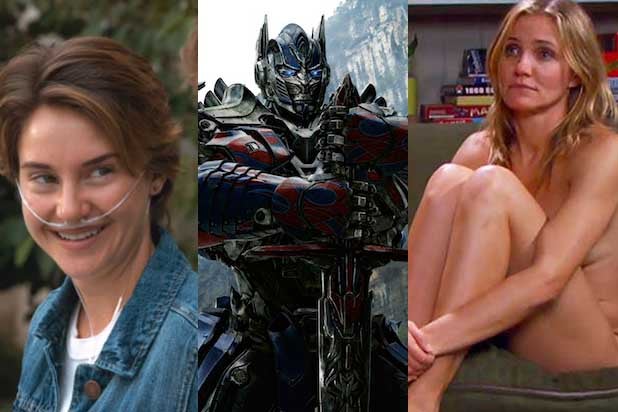 This summer’s biggest hit, “Transformers: Age of Extinction,” has inspired nearly as much angst as elation in Hollywood. In a season in which the only constant has been change, that almost makes sense.

Paramount and Michael Bay‘s fourth toy-bot saga is the only movie of the summer, and the year, to open to $100 million or make $1 billion globally. But its success sent a chill up the spines of many in the industry because the majority of its haul — more than $300 million — came from China, rather than the U.S., where it took in $243 million. Several films, including last summer’s “Pacific Rim” have made more in China than the U.S., but this was the first time a major American blockbuster has taken in far more on the Mainland.

The huge China grosses bring less of a return on the dollar because of the Chinese exhibitors’ hard-line insistence on taking cuts nearly double those of their domestic counterparts. But of more concern to many was the glimpse of an unsettling and none-too-distant future that “Transformers” provided, when the U.S. will be the No. 2 movie market.

Also read: Why ‘Dawn of Planet of Apes’ Reviews Mattered — and ‘Transformers’ Didn’t at Box Office

“We can tout our relationships with Chinese all we want,” said one wary film executive, “but giving the major U.S. studios a presence there is hardly their ultimate goal — learning from us and building their own studios and infrastructure to replace them is. Look at how they’re pushing Google and Microsoft out now that they’ve built up their own tech industry. Why would we think it will be different with movies?”

Here are four other developments that defied conventional wisdom this summer:

The Box Office Cratered, but Where Were the Bombs?

The overall summer box office is down nearly 15 percent but there weren’t any mega-budget bombs. Contrast that with last year, when the superhero-and-spandex season hit an all-time high in grosses, but saw several studios take financial baths when pricey “The Lone Ranger,” “After Earth,” “White House Down” and “R.I.P.D” all took belly flops.

So why is it down?

In large part it’s because no film hit the $408 million heights that last summer’s first major blockbuster, Disney and Marvel’s “Iron Man 3,” did.

Also read: 5 Reasons ‘Sex Tape’ Couldn’t Get It Up at the Box Office

Also not helping was that Universal was forced to move “Fast & Furious 7” when Paul Walker died, and Disney delayed Pixar’s “The Good Dinosaur” until Thanksgiving 2015, leaving the season very light on family fare.

And there were flops. Both Seth MacFarlane’s “A Million Ways to Die in the West” and “Sex Tape,” with Cameron Diaz and Jason Segel, fizzled in a summer that was over-stuffed with R-rated comedies. But neither Universal nor Sony took a major financial hit, because both films had relatively modest $40 million production budgets. A $29 million opening wasn’t what Warner Bros. hoped for from Tom Cruise’s “Edge of Tomorrow,” but the $180 million sci-fi epic is about to cross $100 million domestically and has brought in another $265 million from overseas to mitigate that.

One film that did take a deep dive was “James Cameron’s Deepsea Challenge 3D.” The documentary from the man behind the two biggest box-office hits ever, “Avatar” and “Titanic,” opened to a soggy $485 per-screen average, one of the summer’s puniest.

Congratulations on That No. 1 Finish, Now Get Out of Here

Selling movies can be as much art as science at times, but the studios figured out how to bring their tailored online campaigns to a crescendo just before their movies opened, and push them over the top with late-stage TV advertising and targeted screenings. Fox marketing chief Marc Weinstock masterfully mobilized the huge online fan-girl following of author John Green for its adaptation of his novel “The Fault in Our Stars,” and it turned into one of summer’s biggest success stories.

The catch was, all the studios figured it out at pretty much the same time, resulting in a two-month run this summer in which there was a new No. 1 movie every week. It started with “The Amazing Spider-Man 2” in May and didn’t end until eight different movies had claimed the top spot, prior to repeating in July.

Counting on Counter-Programming Would Be a Mistake

That Hollywood overloads summer with superheroes and sequels is a frequent complaint of moviegoers, but there are reasons the studios stick with their successful teen-targeting formula. And this year, going against the grain rarely paid off.

Last summer was notable for the big-time breakouts of two low-budget horror films, and “Insidious: Chapter 2.” There was only one creeper this summer, “Deliver Us From Evil,” and it tanked. Religious-themed films did great in the first half of this year, but summer saw only one, the Patricia Heaton comedy “Moms’ Night Out,” and it misfired. There were two musical biopics — the Frankie Valli story “Jersey Boys” and the James Brown tale “Get On Up” — and neither hit high notes.

Also read: How This Summer’s R-Rated Comedies Stacked Up at Box Office

The Jon Favreau food truck comedy “Chef” is easily the biggest indie hit of the season and is bearing down on $30 million for Open Road. But in general, movies targeting older audiences struggled. Woody Allen’s “Magic in the Moonlight” isn’t going to see anywhere near the returns of last summer’s “Blue Jasmine,” and Rob Reiner’s Michael Douglas-Diane Keaton comedy “And So It Goes” went nowhere.

The one genre that did prosper amid the spandex onslaught was R-rated comedies, and there were plenty of them, led by Sony’s and Universal’s “Neighbors.”

Six of the summer’s top ten movies were sequels, and three were Marvel superhero movies. Just one animated movie, “How To Train Your Dragon 2,” made the list.  “Godzilla” was a reboot of a classic monster movie and Angelina Jolie’s “Maleficent” was a live-action take on an animated Disney classic.

When it Comes to Hits, Hooray for Anywhere but Hollywood

Not a single one of the summer’s biggest movies was shot in Hollywood. “Transformers” filmed in Utah, Detroit and Chicago; Disney shot most of “Guardians of the Galaxy” and “Maleficent” in London, Sony’s “The Amazing Spider-man 2” was a New York joint.

Legendary Pictures and Warner Bros.’ “Godzilla,” in which the big lizard levels San Francisco, added insult to injury by spending just four days filming there, and the rest in Vancouver.