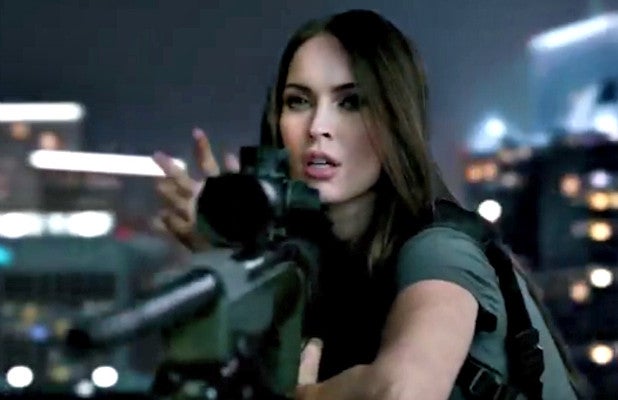 If you caught the “Call of Duty: Ghosts” trailer during Sunday’s “Walking Dead,” you probably found yourself wondering: What’s Megan Fox doing here?

The “Transformers” actress makes a brief cameo at the end of the trailer, released in anticipation of the game‘s debut Monday. After a quarter of dudes shoot things up in a burned-out Vegas, Fox saves one of them from a hovering drone.

Activision tells TheWrap she isn’t actually in the game. So why was she in the trailer?

Trying to drum up interest, silly. And it worked. The same dudes who like “Call of Duty” also like Megan Fox. And she’s had plenty of practice playing a video game character, having already starred in two “Transformers” movies.

The trailer has been viewed more than 4.2 million times since it debuted Saturday. Fox was Yahoo’s most searched subject Monday, though sporty Google users made the New England Patriots their top search term. (They play in Foxboro, Mass.)

And oh look — you’re reading a story noting that story. Seems like this “use Megan Fox to get their attention” thing worked.