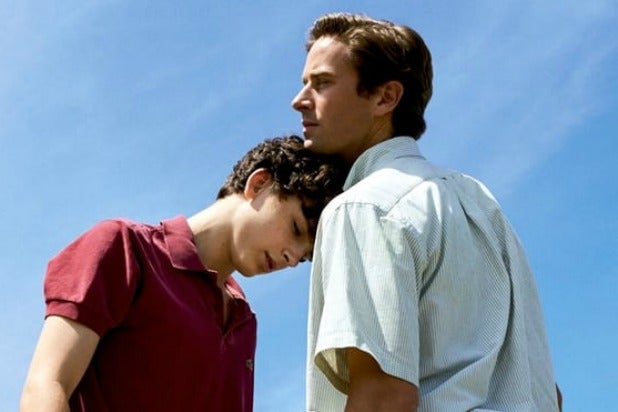 Oscar-winning drama “Call Me By Your Name” has been pulled from the Beijing International Film Festival’s lineup, according to a report by Reuters.

The coming of age drama, starring Armie Hammer and newcomer Timothee Chalamet as lovers, was pulled after the film’s screening proposal  was not approved by China regulators. The move comes as the Chinese parliament voted to allow the Propaganda Department of the Communist Party’s Central Committee to have control over film, news and publishing.

Adapted from a 2007 novel by Andre Aciman, the film follows a love story set in 1980s Italy between a 17-year-old boy (Timothee Chalamet from “Homeland”) and a twentysomething man (Armie Hammer).

Also Read: What 'Call Me by Your Name' Would Look Like With Arnold Schwarzenegger and Danny DeVito (Video)

“Call Me By Your Name” was directed by Italy’s Luca Guadagnino (“A Bigger Splash”) from a script by James Ivory, Walter Fasano and Guadagnino. It was produced by Peter Spears, Emilie Georges, Guadagnino, Ivory, Marco Morabito, Howard Rosenman, and Rodrigo Teixeira.

“Call Me By Your Name” took home Oscar gold earlier this month for Best Writing Adapted Screenplay. James Ivory, in his acceptance speech, described the film as “a story familiar to most of us whether we are straight or gay or somewhere in between.”

Ivory’s Oscar win made history as the 89-year-old became the oldest-ever Oscar winner.