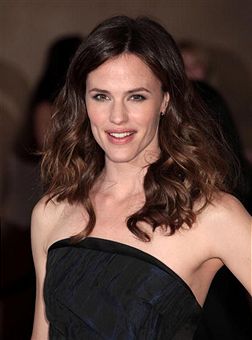 • Jennifer Garner and Nick Nolte are in talks to join the cast of Warner Bros.’ "Arthur" remake, according to the Hollywood Reporter.

Garner would play a wealthy heiress with her own secrets who is about to go forward with an arranged marriage to the title character, played by Russell Brand ("Get Him to the Greek"). Nolte will play her deeply religious father.

Oscar winner Helen Mirren and Greta Gerwig ("Greenberg") also star in the comedy, with the latter actress playing the poor girl with whom Arthur falls in love.

Jason Winer directs from a screenplay by Peter Baynham ("Borat"), who wrote the script as a vehicle for Brand’s unique comedic talents.

Garner, who I’ve enjoyed in exactly one movie — "The Kingdom," — recently starred in "Valentine’s Day" and "The Invention of Lying." She next stars in and makes her producing debut with Jim Field Smith‘s indie dramedy "Butter."

Nolte will soon appear in Lionsgate’s "Warrior," and has been cast in the upcoming HBO series "Luck" opposite Dustin Hoffman. He also provides the voice of Butch in "Cats & Dogs: The Revenge of Kitty Galore."

Warner Bros. is scheduled to release the movie on July 20, 2012, so a March start date makes sense. Prepare for approximately 420 more announcements about "Batman 3" before cameras even start rolling.

• Shockwave will be the new villain in Michael Bay‘s "Transformers 3," according to USA Today. The character is a "robot cyclops-turned-laser-cannon who became dictator of their home world of Cybertron after the other Autobots and Decepticons journeyed to Earth."

The plot of the third film (yes, there’s supposedly a plot this time) centers around the space race between the U.S. and the U.S.S.R., which suggests that the Transformers may have secretly played a role in such matters.

The sequel finds Sam Witwicky (Shia LaBeouf) "taking his first tenuous steps into adulthood while remaining a reluctant human ally of Optimus Prime." Apparently, the two-time world-saver has trouble finding a job in the new movie. It’s a timely notion, but something tells me Shia will have more to stress about than his job prospects. Besides, I hear Gordon Gekko is hiring.

Bay describes the movie as "more of a mystery [that] ties in what we know as history … with what really happened," and tells USA Today that the sequel "really builds to a final crescendo … [with a] really killer ending." While John Turturro will return for comic relief, Bay says that they’re "getting rid of the dorky comedy," which means the obnoxious twins are "basically gone." The word "basically" has never scared me so much.

Bay also accepts "some of the criticism" for the undeniably wretched "Transformers: Revenge of the Fallen," saying "it was very hard to put [the sequel] together that quickly after the writers’ strike [of 2007-08]."

Producer Lorenzo di Bonaventura admitted that "We tried to do too many things in the second movie … We were constantly jumping to the next piece of information, the next place." Uh, you can say that again!

• Peter Berg‘s "Battleship" is sailing out of the May 25, 2012 release date that Universal had previously announced, per the eagle eyes at The Playlist.

The studio will now open it one week earlier on May 18, probably to avoid another, better known alien-themed adventure — Sony’s "Men in Black 3D."

That means that "Battleship" will open against DreamWorks’ "Madagascar 3," which is obviously aimed at a much younger demographic.

Taylor Kitsch and Tom Arnold star in "Battleship," which is, of course, based on the popular Milton Bradley board game.

Production begins this August on the movie, which is expected to be rated PG-13. 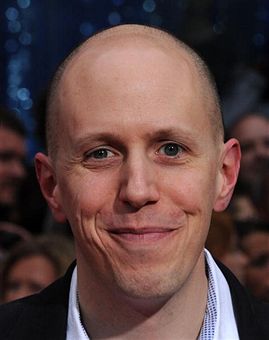 Tim Burton is still in talks to direct the project, which would serve as a reunion with the writer of "Big Fish," "Corpse Bride" and "Charlie and the Chocolate Factory." The duo are also developing a big-screen adaptation of the ’60s TV show "Dark Shadows" at Warner Bros., which has Johnny Depp attached to play the vampire Barnabas Collins.

Speaking of Depp, Disney has apparently announced that Oscar winner Geoffrey Rush will reprise his role as Capt. Barbossa in "Pirates of the Caribbean 4: On Stranger Tides."

But that’s oooold news, so, back to "Monsterpocalypse."

There are a whole bunch of scheduling and content issues that are threatening to delay the project, the details of which are outlined in the Hollywood Reporter‘s more than thorough report, if you care enough to give it a read.

I respect August’s screenwriting abilities but he pretty much lost me with his feature directorial debut "The Nines," and aside from "Big Fish," his collaborations with Burton haven’t fared much better, box office aside, of course.