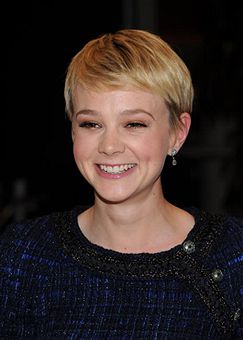 In today’s Callbacks — your daily roundup of casting news from Deal Central — Geoffrey Fletcher casts Carey Mulligan and Saorise Ronan in "Violet and Daisy"; Jay Baruchel aims to reinvent the slasher genre with "Pig"; and Alex Pettyfer lands the title role in the DreamWorks film "I Am Number Four."

• Oscar nominees Carey Mulligan ("An Education") and Saoirse Ronan ("Atonement") will play the title roles in the dark comedy "Violet and Daisy," which Oscar-winning screenwriter Geoffrey Fletcher ("Precious") will direct from his own script, according to Showbiz 411.

Oscar-winning producer Wendy Finerman ("Forrest Gump") will produce the girl power tale, described as "Thelma and Louise" meets "Superbad" by way of "Pulp Fiction," which sounds beyond cool. I can totally see Ronan spouting "Ezekiel 25:17" before popping a cap in some jerk who roughed up Mulligan.

I was impressed with Fletcher all Oscar season as "Up in the Air" writers Jason Reitman and Sheldon Turner won the majority of precursors, only to watch in horror as Fletcher took home the Academy Award for Best Adapted Screenplay. I’m glad the Harvard grad is getting a chance behind the camera, if only because Hollywood doesn’t provide enough opportunities for African-American filmmakers with strong storytelling skills.

Fletcher has been writing the prison riot drama "Attica" for director Doug Liman, although "Violet and Daisy" (I love the characters’ innocent names) is expected to shoot first.

• Jay Baruchel is a hot commodity these days after starring in "She’s Out of My League" and "How to Train Your Dragon." The "Tropic Thunder" star and gangly veteran of TV’s "Undeclared" also plays the title role in Disney’s "The Sorceror’s Apprentice" opposite Nicolas Cage, and with his newfound clout, Baruchel wants to direct the horror film "Pig," which he co-wrote with longtime writing partner Jesse Shapira, according to Cinematical.

Baruchel describes the project as a reimagining of the slasher genre, were instead of a masked crazy guy chasing four affluent, oversexed white kids around a camp, it’s a drug-addicted, middle-aged psychotic white cop chasing four black kids through the ghetto on July 4th." I’m inclined to agree with Baruchel … that sounds awesome.

It has been six years since 2004’s "Saw," and in that time, the slasher genre has grown overdue for a shake-up in the repetitive wake of that film’s surprising success. I thought Jonathan Levine‘s "All the Boys Love Mandy Lane" was a clever slasher entry that deserved an audience but it’s unlikely you’re able to agree with me, since it’s unfortunately been sitting on a shelf for years at Senator Entertainment despite starring Amber Heard in the title role.

Baruchel hopes to direct the project in the next 2-3 years, as he sees his blossoming career eventually heading behind the camera. The actor has already met with a potential producer and says that the project is "coming along pretty well."

In indicating that "Pig" will be a polarizing picture, Baruchel seems to have a firm grasp of what makes horror work. Here’s hoping the financing comes together and "Pig" doesn’t wind up in the scrap heap of movies that will never get made alongside "Jay and Seth vs. The Apocalypse."

• Alex Pettyfer is in negotiations to play the title role in DreamWorks’ adaptation of James Frey and Jobie Hughes‘ upcoming young-adult, sci-fi novel "I Am Number Four," according to the Hollywood Reporter.

The story follows a group of nine aliens who hide out on Earth after their planet is destroyed by a rival species. The enemy tracks them America, where Number Four has disguised himself as a human high school student.

The 20 year-old British actor played the title role in "Alex Rider: Stormbreaker" and next stars in CBS Films’ "Beastly" opposite Vanessa Hudgens. I have no idea if he can act but he certainly has leading man looks, and even if he didn’t, Spielberg and Bay have proven those aren’t a necessary part of the equation in creating a star (see LaBeouf, Shia).

"Smallville" creators Al Gough and Miles Millar adapted the screenplay. HarperCollins Children’s Books published the novel in the fall, and is planning on it being the first in a six-book series.