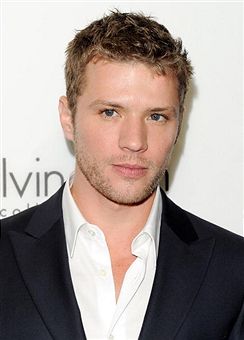 In today’s Callbacks — your daily roundup of casting news from Deal Central — Ryan Phillippe saddles up for "The Big Valley," director Ole Bornedal looks into the "Death of a Hostess" and "Dr. Horrible’s Sing-Along Blog" ponders a move to the bigscreen.

• Who says the Western genre is dead?

Ryan Phillippe is set to star in a bigscreen take on the 60s TV series "The Big Valley," reports MTV. Joining him in the period film will be Susan Sarandon, Billy Bob Thornton, Richard Dreyfuss and Bruce Dern.

Phillippe reportedly would play the illegitimate son of a murdered millionaire rancher who returns to stake his claim on the family fortune.

I’ve been a Phillippe fan since the days of "I Know What You Did Last Summer" and "Cruel Intentions." The actor is one of a dozen or so who have been linked to the role of Captain America. He’s been earning raves out of SXSW for playing the straight man in "Macgruber," in which he apparently does something outrageous with a stalk of celery.

By comparison, "The Big Valley" sounds like a big snooze to me, but perhaps older audiences with fond memories of the TV series will saddle up for it.

Bornedal is best known for directing "Nightwatch," both the 1994 original and the 1997 English-language remake that starred Ewan McGregor, Patricia Arquette, Josh Brolin and Nick Nolte. I’m probably the only person to have a "Nightwatch" poster hanging over my childhood bed, but what can I say — I’m a sucker for those types of movies.

"Death of a Hostess" finds Bornedal entering similarly dark territory, as the story follows "a young woman who enters the dangerous underbelly of Japanese nightclubs in order to find her missing sister."

The picture will be produced by Endgame Entertainment, Ozla Pictures and XYZ Films, the latter of which is actively developing "Breaking the Bank" with Darren Aronofsky attached to direct.

• Is "Dr. Horrible’s Sing-Along Blog" headed to the bigscreen?

The team is investigating a variety of options and discussing the project on several different scales.

The first "Dr. Horrible" was shot in five days with a very low budget, so don’t expect its creators to get carried away with the sequel, for that would defeat the purpose of the original.

Harris hopes to be cast in the film, should the project take that course of action.

I didn’t particularly care for "Dr. Horrible’s Sing-Along Blog" and could never wrap my head around its remarkable popularity. As far as I’m concerned, that crazy cast of characters should stay on the Internet where they belong.