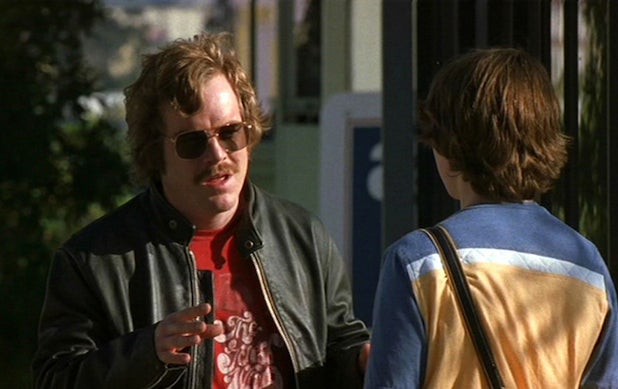 Crowe credited Hoffman with changing the tone of a crucial scene in “Almost Famous” that became the “soul of the movie.”

The filmmaker reveals that Hoffman kept to himself in between takes, preferring to listen to rare Lester Bangs interviews rather than mingle with his co-stars.

Crowe’s tribute may be short and sweet, but it illustrates the lengths Hoffman would go to for his art, and how his performances helped shape that art.

Read the statement in full below:

“My original take on this scene was a loud, late night pronouncement from Lester Bangs.  A call to arms.  In Phil’s hands it became something different.  A scene about quiet truths shared between two guys, both at the crossroads, both hurting, and both up too late.  It became the soul of the movie.  In between takes, Hoffman spoke to no one.  He listened only to his headset, only to the words of Lester himself.  (His Walkman was filled with rare Lester interviews.)  When the scene was over, I realized that Hoffman had pulled off a magic trick.  He’d leapt over the words and the script, and gone hunting for the soul and compassion of the private Lester, the one only a few of us had ever met.  Suddenly the portrait was complete.  The crew and I will always be grateful for that front row seat to his genius.“