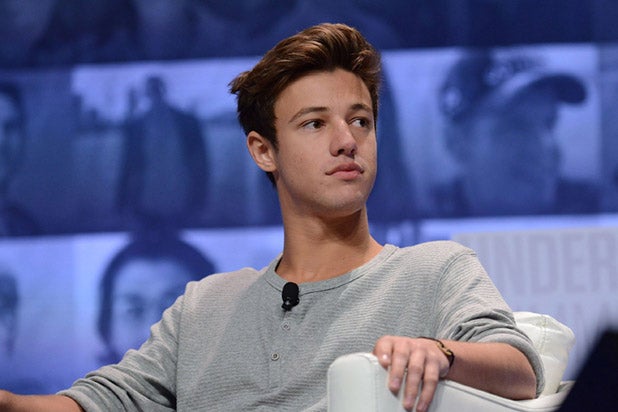 Caleb Logan Bratayley’s family raised eyebrows when they live-streamed the 13-year-old’s funeral on Tuesday night, but according to fellow social media star Cameron Dallas, it was the right move.

“I think the fans are, in some weird way, a part of them,” the Vine star told TMZ. “And I think that’s something that they should do. And to have the strength to do that is really amazing.”

Anne Arundel County, Maryland, police officers responded to Bratayley’s family home for a “medical emergency.” He was transported to a local hospital where he was pronounced dead. On Monday, Caleb’s family explained that tests had revealed he died “from an undetected medical condition.”

The family entered the public eye in 2010, when Caleb’s mother Annie began posting daily vlogs featuring her three children. At the time of this publishing, the family’s YouTube channel has more than 1.6 million subscribers.

Just got questioned about Caleb, didn’t really know him but just said a prayer for him & family. Kinda hit me in the heart. #RIPCaleb