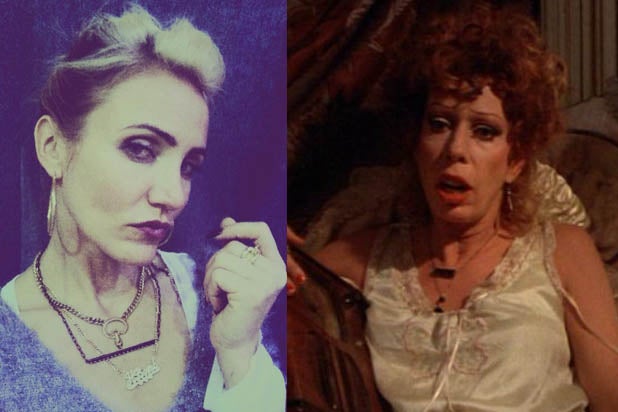 Cameron Diaz wants you to meet somebody — her version of Miss Hannigan, a character that will be re-introduced to audiences next year when Sony releases Will Gluck’s remake of “Annie.”

“I want you to meet someone. Her name is Ms.Hannigan,” Diaz tweeted on Tuesday. “She ain’t nice and she ain’t pretty.”

Hannigan, played by Carol Burnett (above, right) in the 1982 film adapted from the Broadway musical of the same name, is the cruel and alcoholic supervisor of the Hudson Street Orphanage where Annie lives until America’s richest billionaire takes in the mischievous orphan.

The Harlem-set musical co-starring Quvenzhané Wallis as the titular character, Jamie Foxx, Rose Byrne and Bobby Cannavale is set to to start singing on Dec. 19, 2014.