Normani’s fans, called “The Nation” were rejoicing upon the release of the teaser for her newest song on Thursday. However, that happiness soon turned to apprehension, which turned into customary projected Twitter hate.

Later that same day, Cabello made a Twitter post unveiling her new song, “Don’t Go Yet” which is set to release July 23.

Then, on Friday, Normani debuted the hotly awaited, “Wild Song” with Cardi B, and fans started developing a conspiracy around these occurrences that quickly led to a barrage of angry tweets being lobbed at Cabello. 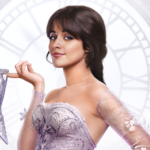 Also Read:
Camila Cabello Is ‘Going to Be That One’ in First ‘Cinderella’ Trailer (Video)

“Camila announcing her single on normani’s day just seems so racist to me,” read one Tweet.

One Twitter user wrote, “Camila threatening to release new music the same day normani drops a songs for the first time in 2 years is very anti-black.”

And one person tweeted,”Camila Cabello announcing her new single on the same day as normani is releasing hers. Racist rehabilitation obviously failed.”

The two singers have a fraught past that was revealed when a Twitter user posted a thread of screenshots allegedly from Cabello’s former Tumblr account that showed her using racially insensitive language and reblogging several racist and xenophobic tropes and images.

Cabello apologized in 2019, writing on Twitter and Instagram, “When I was younger, I used language that I’m deeply ashamed of and will regret forever. I was uneducated and ignorant and once I became aware of the history and the weight and the true meaning behind this horrible language, I was deeply embarrassed I ever used it.”

“I would never intentionally hurt anyone and I regret it from the bottom of my heart. As much as I wish I could, I can’t go back in time and change things I said in the past. But once you know better, you do better and that’s all I can do.”

“I apologized then and I apologize now,” Cabello continued. “I would never intentionally hurt anyone and I regret it from the bottom of my heart. As much as I wish I could, I can’t go back in time and change things I said in the past. But once you know better, you do better and that’s all I can do.” 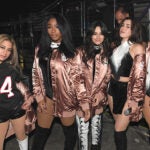 In an interview with Rolling Stone, Normani, whose full name is Normani Kordei Hamilton, addressed the racism she experienced from Cabello’s fans in Fifth Harmony, and how she didn’t feel supported by Cabello or the other members.

She noted that if, “the tables were turned, I would defend each of them in a single heartbeat.”

“It was devastating that this came from a place that was supposed to be a safe haven and a sisterhood,” she wrote. “It took days for her to acknowledge what I was dealing with online and then years for her to take responsibility for the offensive tweets that recently resurfaced. Whether or not it was her intention, this made me feel like I was second to the relationship that she had with her fans.”

The “Motivation” singer stated that “everyone deserves the opportunity for personal growth” and she hopes “an important lesson was learned in this.”

“To my brown men and women, we are like no other,” she wrote. “Our power lies within our culture. We are descendants of an endless line of strong and resilient kings and queens. We have been and will continue to win in all that we do simply because of who we are. We deserve to be celebrated, I deserve to be celebrated and I’m just getting started.” 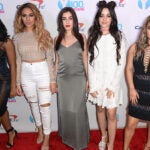 Meanwhile, some fans are supporting both artists, and contend that the two have patched things up and moved on. One Twitter user noted that Cabello liked a recent promotional tweet of Normani’s.