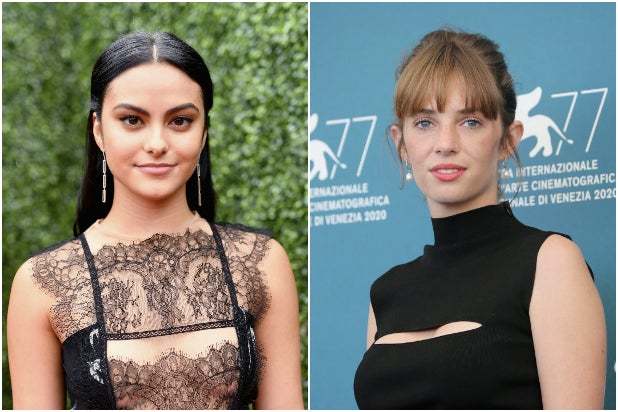 “Riverdale” star Camila Mendes and “Stranger Things” actress Maya Hawke will together star in a dark comedy for Netflix called “Strangers” that resembles the Alfred Hitchcock classic “Strangers on a Train.”

“Strangers” is directed by Jennifer Kaytin Robinson (“Someone Great”) based on a screenplay she wrote with Celeste Ballard, and the film’s premise is in the vein of “Strangers on a Train” in which two strangers plot to murder someone the other person wants gone.

“Strangers” subverts that idea and stars two teenage girls, one a trendy It Girl and the other an alternative girl, who team up to go after each other’s bullies.

Robinson will also produce with Anthony Bregman and Peter Cron for Likely Story under their overall deal with Netflix.

Mendes currently stars in “Riverdale” as Veronica Lodge, and she was also recently seen in the Neon and Hulu comedy “Palm Springs.” Hawke broke out in “Stranger Things” on Netflix and will return for the show’s fourth season. She also just starred in Gia Coppola’s “Mainstream” and recently joined a comedy called “Revolver” about The Beatles alongside her dad Ethan Hawke.

“Strangers” reunites Robinson and Netflix following her feature directorial debut “Someone Great” from 2019, which starred Gina Rodriguez, DeWanda Wise and Brittany Snow and was produced by Likely Story.