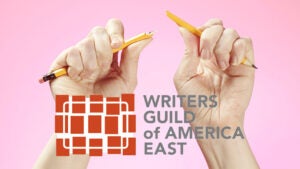 Clockwise from left-right: CBS' "Ghosts," ABC's "The Wonder Years," Fox's "Our Kind of People" and "The Big Leap"

Ahead of another fall TV season, showrunners tell TheWrap what it’s like to launch a new broadcast series in a world dominated by Netflix

It used to be that running a broadcast TV series was the top of the mountain for those in the small-screen business. These days, you’re more likely to hear about an old broadcast series like “Friends” or “Seinfeld” moving to a streaming platform in search of a second life.

The streaming era has stolen the spotlight from the once-vaunted industry, which is long past the halcyon days of “Must-See TV.” As showrunner Saladin Patterson puts it: “Right now, my kids could not tell you where ABC is on the TV.”

“Broadcast TV is certainly existing in the landscape. Now, it’s not the big dog anymore, and many people have predicted this demise,” Patterson, the showrunner of ABC’s upcoming “Wonder Years” remake, told TheWrap. “[There’s] too much money for it to be going anywhere anytime soon.”

But despite the constant doom and gloom thrown at broadcast (and linear television in general), those still willing to work in that space would rather you stop predicting its extinction.

In interviews with the showrunners of four freshman series that will launch this fall on broadcast, writers described how much they still pay attention to those overnight ratings, trying to find stories that can break through the increasingly cluttered content landscape that the streaming era has wrought, and whether or not getting that prized time slot matters when viewers are the ones that set the schedule.

They point to an industry that is still very much alive and kicking, even if, as Joe Port, co-showrunner of CBS comedy “Ghosts” argues: “It’s not necessarily what people in New York and L.A. are talking about as much.”

It’s just that the big four networks no longer occupy their god-like status in the TV world. Even the companies that own NBC, ABC and CBS have their own expensive streaming service.

“I kind of feel like the lines are blurred now,” Port said. “I think broadcast still occupies a huge place in the American landscape.”

The erosion on the number of homes that subscribe to a cable or satellite package has been well-documented, but here’s a brief refresher: It was at a high point in 2015, when it was more than 100 million, and is now around 77 million, according to Leichtman Research. But when it comes to broadcast TV, there are almost an additional 50 million people that get their TV the old-fashioned way: Through an antenna.

For the broadcast networks, that raises the potential audience closer to 120 million.

“For me, personally, I love the reach that broadcast has,” says Karin Gist, showrunner for Fox’s “Our Kind of People.” “There’s a day everybody can turn on their TV, whether they can afford streamers or cable or not, and watch this show. The platform that gives me as a writer is really exciting.”

As streaming has become the shiny new thing in the room, one way broadcast TV is trying to flex its waning muscles is by going back to the same well that has kept the lights flickering during this period of unprecedented change. CBS has a new “NCIS” set in Hawaii and is bringing back the original “CSI” gang, while ABC nabbed Lee Daniels to produce a remake of “The Wonder Years,” one of the most popular coming-of-age sitcoms from TV’s more golden era.

It almost didn’t happen. Patterson admitted they thought about going the streaming route when the series was in early development, but since 20th Television held the rights to the IP and ABC was the original series’ TV home, the higher-ups wanted it on broadcast TV.

Patterson sees it as an opportunity to shake out the cobwebs from an industry that has largely resisted change while cable, and then streaming, charged forward.

“People are more open to unconventional storytelling when they’re getting it from a streaming service or cable compared to broadcast,” Patterson told TheWrap. “So we really went into this telling ABC: Look, you’re buying ‘The Wonder Years.’ You know what that is. We know what you have on the air now, and we know there’s things that you’ve been doing a certain way. You’re going to have to be OK with us giving you something that you don’t already have.”

Saladin said that ABC was initially on board … “until they had to see it.” Then, he recalled, it became a lot of back and forth with network executives. “It became a lot of me having to learn how to toe the line with certain things and compromise on other things,” he said. Other times? “We had to say, ‘No, this is my vision, and this is what you bought.'”

Overnight Nielsen ratings ain’t what they used to be in the streaming era. But don’t tell that to Liz Heldens.

The overnight rating used to be the be-all, end-all for new broadcast series hoping to be among the few that survive their freshman season. The premiere episode was often the make-or-break moment: Start off poorly, and you were a dead show walking that was either getting pulled from the schedule or shuffled off to Saturday nights, fittingly known as the TV graveyard.

Starting with the advent of TiVo and DVRs, that overnight rating began to lose its accuracy, and later, its influence. Most networks don’t even report overnight ratings from Nielsen anymore, and the ratings-measurement company considers seven days of delayed viewing as its standard metric.

“Those numbers kind of don’t mean anything to us anymore because we don’t know the scale of what is what,” Joe Wiseman, who co-showruns “Ghost” with Port, said. Port adds: “It’s just totally beyond anyone’s control. There’s nothing you can do to try to play that game. And I just want to try to make a good television show.”

To Gist, the low overnight ratings are a symptom of a more existential issue in TV. “There used to be a big chunk of America watching the same program at the same time. There was a magic to that … it’s gotten lost a little bit,” she said. “But I still think that people find programs and they want to watch. I love that there’s partnerships between broadcast and several platforms. For example, we’re going to air on Hulu the next day. So I think that broadcast is trying to make sure that they don’t lose the hold that they have.”

Heldens describes it as more of a double-edged sword.

“It’s a little bit less pressure. But it’s also like, you see the number, you look at the ratings. The numbers are so small. So it’s like before, when you were hoping to get at least a 2.0 in the demo [18-49 year olds], now you’re hoping to get a point. You’re still stressed about it, you’re just stressing over a smaller number,” she said. “I have friends who watched every episode of my show ‘The Passage,’ and they didn’t know what night it was on. They would just catch up on Hulu.” 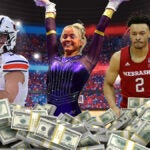 Time Slot Still Matters, But in a Different Way

In the time-shifted era of TV viewing, where you get placed on the nightly schedule may seem like an archaic concept to many younger millennials and Gen Z. But it used to be among the most important aspects of a show’s success. Most showrunners admitted it doesn’t have as much sway when people are watching their shows days after, or sometimes not until it appears on streaming months after it runs on TV.

But it still has importance, if albeit in a different way. It shows how much the network is investing in the show’s success.

“I think more than anything, I just think that the time slot they gave us is a vote of confidence in the show itself,” Port said. “I know that over the years, Thursday night at 9:00 p.m. has been a prominent spot for CBS.” He’s not wrong: That time slot was held for the last six seasons by “Mom,” which just finished its successful eight-season run.

Patterson said that “ABC is quick to show me the data that shows that there is a very, very large part of the viewing public that still does pay attention to [the time slot].” ABC is slotting “Wonder Years” in between “The Goldbergs” and “The Connors,” two of its most popular comedies. Like Port, Patterson sees it as a sign that ABC is all-in on their success. “It is prime real estate with the comedy lineup, and that translates into marketing power. How much they’re going to promote it, and how much they’re going to invest in it.”

Gist points out there are still people who watch TV the old-fashioned way.

“I do think there’s an audience that comes to TV based on what was being shown before, and I think they’ll watch a lot of TV and are plugged into when things happen. So I do think the time slot matters,” Gist said. “But it’s not like, you know, the end-all and be-all because you have that kind of safety net of being aired the day after.”

There are still certain aspects that creators enjoy about the broadcast model.

“There is something about the broadcast system of development, that as much as it’s fast, and there’s a lot of things about it that don’t make any sense, it is on a schedule,” Heldens said. “You tend to not go into development for five years. There is a schedule, and you stay on it.” Though Heldens pointed out the irony at play with “The Big Leap,” which she first started writing six years ago (but it wasn’t put into development until March 2020, when it was then delayed for a year because of the pandemic).

Heldens said on a streaming show that has a much longer development cycle, by the time you get to actually shoot the project, the writers’ room has already disbanded and moved on to other things. “It’s just you doing production. I think sometimes time is your friend. And sometimes time is not your friend.”

Each of the four shows represents some of the biggest bets that the broadcast networks are makings this fall, among 14 new series.

“Our Kind of People” centers on upper-class Black society in New England, while “The Big Leap” is about a fictitious reality show. CBS’ “Ghosts” is an American version of a quirky British sitcom. (That’s worked well before.) The new “Wonder Years” seeks to reimagine the late 1960s from the perspective of a middle-class Black family.

“This show could have ended up anywhere. And I think it’s great that ended up at CBS that they’ve been, you know, huge supporters on it,” Wiseman said. “So I think wherever something is, you have to find something to break through. And I think this has a great chance of doing that.”

Patterson argued for broadcast TV to not become completely irrelevant, network executives have to be willing to take more risks.

“Eventually, those lines are going to continue to be blurred. And I think creatively, it makes a lot of sense for the broadcast networks to realize that to most of the country, they’re not watching a lineup. They’re not going to a network because that network is known for these types of shows. They’re going to individual shows,” Patterson said. “If the same people are watching cable and streaming that are watching ABC, their heads are not going to explode that all of a sudden they see something on ABC that is structured or tonally like what they are enjoying on Netflix.” 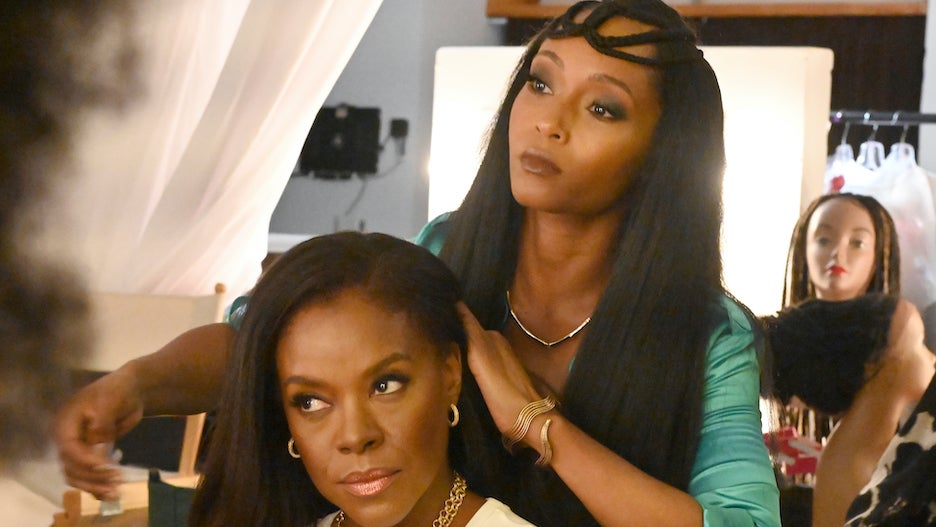 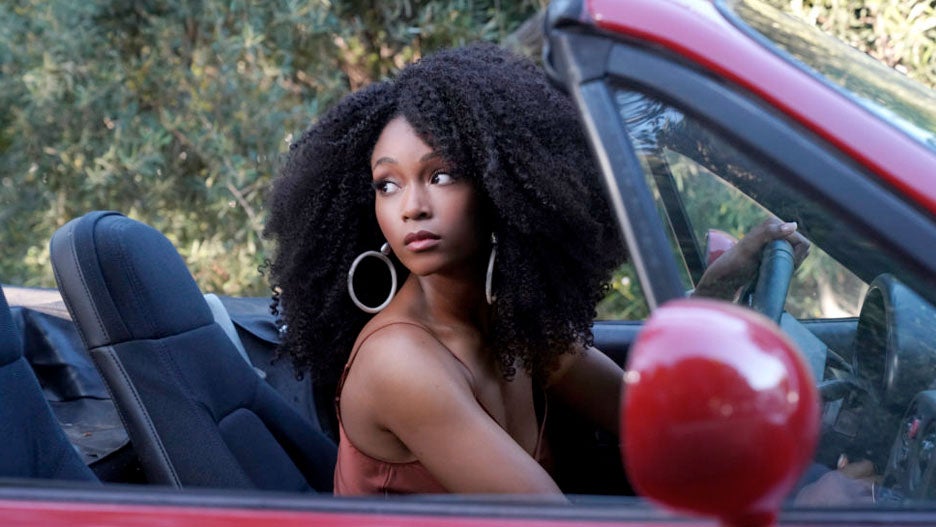 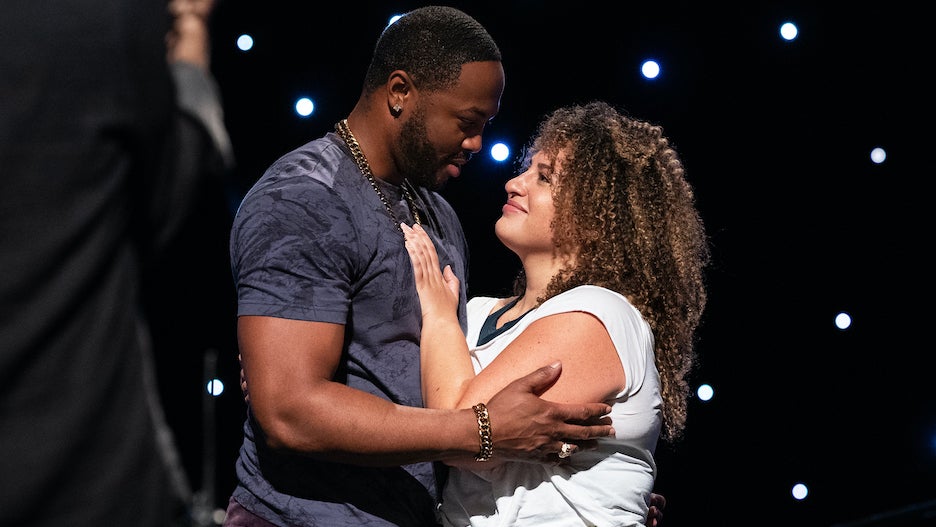