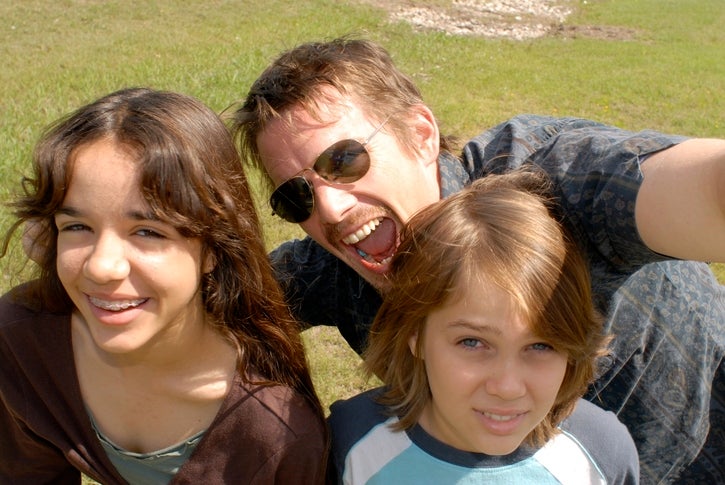 Linklater and stars Patricia Arquette, Ethan Hawke, Ellar Coltrane and Lorelei Linklater filmed the movie a week at a time for 12 years, as the kids grew up and the adult actors aged naturally. The unique concept has paid off artistically. Since it debuted at the Sundance Film Festival in January, the critics have almost universally raved, and the drama is already in the discussion for a Best Picture Oscar.

The subsequent challenge has been to make the nearly three-hour drama, which lacks A-list stars and a traditional story line, work commercially. IFC decided to release the film, made for less than $5 million, in summer rather than the fall or holiday season, which are more typical launch dates for films with awards aspirations.

“The key to the success of this film has been and will be word of mouth,” said IFC Films President Jonathan Sehring, who was involved with “Boyhood” from the outset and is a producer along with Linklater and John Sloss. “We figured the sooner we got the film in front of people, the better.”

It’s off to a good start, having taken in more than $7.7 million since opening in five theaters on July 11. IFC subsequently broadened it to 34, 107 and last weekend, 310 theaters. It took in nearly $2.4 million over the three days, just missing the top ten.

“There really wasn’t a blueprint for this, so we looked at lot of films. We didn’t want to go too wide, too quickly,” said Mark Boxer, IFC’s distribution chief who is overseeing the rollout. managed a solid $7,738 per-location average last weekend, despite adding 203 theaters, and this week will expand to roughly 500 locations.

The exhibition community has been enthusiastic and finding theaters hasn’t been a problem, Boxer said.

“We’re encouraged,” Sehring said. “It’s not often you see a two-hour, 45-minute movie with no special effects connecting in summer.” A box-office score in the height of the superhero and spandex season won’t mean writing off the rest of the year, however.

“Our goal is to be playing through the fall, the holidays and the awards season,” said Sehring, who said that the company would be growing its media spending as it takes the film wider.

This is largely uncharted territory for IFC, which primarily handles smaller indie films. Its two best-known releases are “My Big, Fat Greek Wedding” and “Y tu Mama Tambien,” and they came out 12 years ago. “Greek Wedding” was a box office smash, taking in a jaw-dropping $368 million globally and remains the highest-grossing romantic comedy ever.

Boxer said that was one of the films the IFC team looked at in crafting the rollout strategy.

The remarkable but understated “Boyhood” is very long shot to break out the way that raucous comedy did, of course. “Greek Wedding” was rolled out even more slowly, and made just $4 million in its first four weeks; it played in more than 2,000 theaters for only two weeks of its incredible nine-month run.

Sehring and Boxer are convinced IFC can translate the art house popularity of “Boyhood” into mainstream appeal, and would love to see it show staying power comparable to that of Nia Vardalos’ passion project.

Watch video: ‘Dawn of the Planet of the Apes,’ ‘Boyhood’ Trailer Mashup Is ‘a Masterpiece’

“One of the more fascinating things we’ve noticed in our exit polling on ‘Boyhood’ is that it scored most strongly with young males,” said Sehring, noting that demo group is among the most expensive to lure into theaters from a marketing standpoint and that college students and university towns will be a primary focus in the fall.

“We got an inkling of it during our first Sundance screening,” recalled Sehring. “It must have been about one in the morning and during the Q&A after the film, this 19-year-old kid stood up and said, ‘This is the movie of my life.’

“That was really telling for us.”