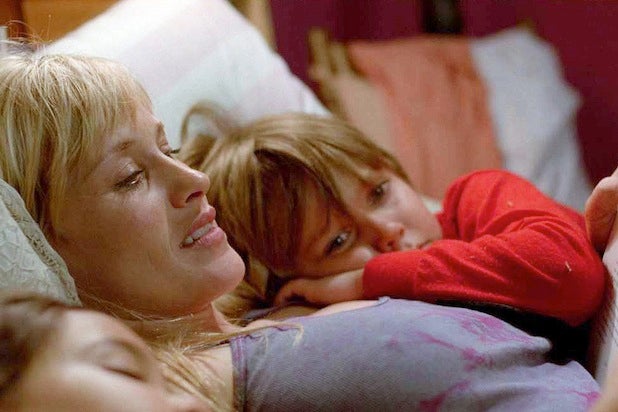 Richard Linklater‘s “Boyhood” has been celebrated by critics and fans, acclaimed as something truly new and penciled in as a sure winner of critics’ awards and independent-film honors.

But can it be more than that? Can it be a Best Picture nominee at the Oscars, or even — don’t say this too loudly — a winner?

From a summer vantage point too early to have provided more than glimpses of virtually all the other major best-pic contenders, I would say “Boyhood” has a strong shot of landing a nomination, just as such indies as “Winter’s Bone,” “Beasts of the Southern Wild” and “Amour” have done since the field was expanded beyond five in 2010.

And more and more, I’m beginning to think that maybe, just maybe, it could actually win.

Five years ago in August 2009, I wrote something similar about “The Hurt Locker” on the day I began writing for TheWrap.

“While one aspect of the fallout from the move to 10 Best Picture nominations has been lots of people pointing out that ‘The Hurt Locker‘ now has a really good chance of securing one of those 10 slots, I think that’s selling the film short,” I wrote.

“At this point, looking at a landscape of movies I haven’t seen and buzz I don’t trust, I’d suggest that Kathryn Bigelow‘s tense little Iraq drama has a damn good chance of being the last film standing come next March 7.”

The stars aligned for “The Hurt Locker”: It swept through the critics’ awards, winning so many that Academy members were forced to put it at the top of their screener piles. It had a great narrative in the rise of Bigelow, a respected filmmaker with the chance to become the first woman to ever win Best Director. And it had a chief rival, James Cameron‘s “Avatar,” that was divisive enough to drive voters to the gutty little underdog over the commercial behemoth.

Also read: The Real Killer From ‘Bernie’ Is Free and Will Live in Richard Linklater’s Apartment

“Boyhood” is certainly an underdog, too, and it will remain an underdog throughout awards season.

But it definitely has the critics on its side.  On the Metacritic site, it is the highest-scoring movie of 2014 and the 11th highest of all time, with an extremely rare perfect score of 100 after 47 reviews. It has a 99 percent positive rating on Rotten Tomatoes, with only two negative reviews out of 158.

Unless one of the fall releases wows reviewers — as, say, Alejandro Gonzalez Inarritu’s “Birdman” or Paul Thomas Anderson‘s “Inherent Vice” could do — it’s likely that “Boyhood” will top many best-of lists, and win a shelf-load of critics’ prizes.

If enough of the major groups come out for “Boyhood,” it’ll essentially force Academy members to come to terms with it.

“Boyhood” has a great narrative, too: Has anybody not heard about how Linklater and stars Patricia Arquette, Ethan Hawke, Ellar Coltrane and Lorelei Linklater filmed the movie a week at a time for 12 years, as the kids grew up and the adult actors aged naturally?

The idea was perhaps foolhardy, but it paid off artistically — and it gives the film the genuine aura of being a landmark, something that’s golden come awards season.

“Are we ever going to see anything like this again?” IFC Films president Jonathan Sehring asked In Contention’s Kris Tapley in an interview earlier this week. “Probably not in my lifetime.”

That “not in my lifetime” narrative could be a potent one, even if IFC has limited funds and limited experience in high-end Oscar campaigning. The company doesn’t have any previous Best Picture nominees — but they have enlisted Cynthia Swartz’s Strategy PR, which has had significant success in the arena.

See video: ‘Dawn of the Planet of the Apes,’ ‘Boyhood’ Trailer Mashup Is ‘a Masterpiece’ (Video)

And audiences seem to have responded, from the crowds that have packed the numerous Q&A screenings that Linklater and his stars have done to the Academy members who went to the Samuel Goldwyn Theater two weeks ago and by all accounts responded warmly to the film.

The film has attained indie-event status, grabbing one of the year’s best per-screen averages in limited release and leading to high hopes for its expansion next week.

So it’ll be in the conversation, as long as enough Academy members are willing to give a chance to a two-hour and 45-minute drama that doesn’t follow any conventional narrative structures. (Forget about three acts; this is 12 years in four lives.)

Also read: ‘Boyhood’ Star Ellar Coltrane Wants You to Believe He Was Raised by Wolves

As for whether it can actually win, that’ll depend in large part on the competition — on whether arthouse auteurs like Inarritu and Anderson can deliver works with widespread appeal, on the amount of dazzle and heart in Christopher Nolan’s “Interstellar” and David Fincher’s “Gone Girl,” on second-time director Angelina Jolie’s ability to make “Unbroken” the slam-dunk Oscar-bait winner it appears to be on paper.

And it depends on whether Academy voters, who as a group are slowly getting younger and more diverse, will act the way they did when they gave the top honor to “No Country for Old Men” and “Slumdog Millionaire” and “Hurt Locker” and even the tough “12 Years a Slave,” rather than the years when they opted for more conventional awards movies like “The King’s Speech.”

I think “Boyhood” has a real chance of winning Best Picture, but I also know it has a chance of not even being nominated — although given the preferential system used to count Oscar ballots, it should have enough passionate supporters to make the cut.

To win, it’ll need the stars to align and all the breaks to fall its way, for sure — for the huge actors branch to rally behind it, for starters. It could also use a frontrunner or two that alienate enough members for “Boyhood” to sneak in as a consensus choice, or maybe a blockbuster favorite to create an  irresistible David v. Goliath story like the “Hurt Locker” v. “Avatar” year.

But strangely and gloriously, it does seem to have a chance. After all, haven’t the stars been aligning and the breaks falling its way for the past 12 years, just so Linklater and company could make the movie in the first place?