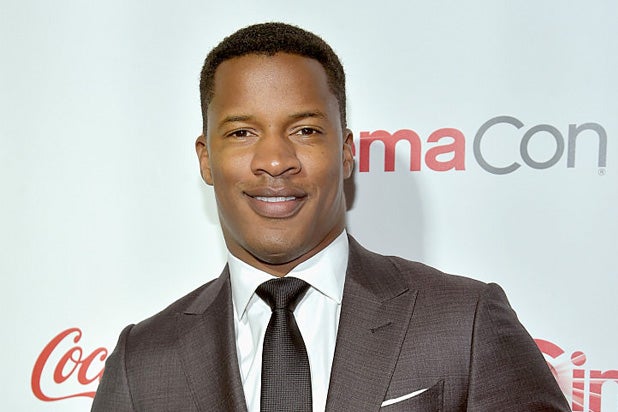 Nate Parker’s upcoming film “The Birth of a Nation” — about the 1831 slave rebellion staged by Nat Turner — promises to shed new light on a pivotal moment in American history. But as the film marches toward a presentation at the Toronto International Film Festival and an eventual Oct. 7 release, a piece of Parker’s own history has threatened to overshadow its cinematic achievement.

Parker was acquitted of sexual assault in 2001 and the charges against Celestin were eventually dropped, but that hasn’t quelled the media outrage over the case — especially in light of news that the accuser died in 2012 of an apparent suicide.

Can Parker put the 17-year-old matter behind him and get on with the business of promoting his film? TheWrap spoke to experts in the crisis-management field to determine what steps the filmmaker should take to quell the scandal.

Ross Johnson, a crisis communicator and founder of Johnson Public Relations, doesn’t see an easy solution to Parker’s situation, due to the unique nature of the case.

The fact that a rape case sits at the center of the scandal makes it particularly difficult to push the story out of the media, according to Johnson.

“Rape is a 100-carat headline,” Johnson said. “If they had been charged with assaulting a male roommate, beating the hell out of him, and then acquitted, there wouldn’t be a story … Here you’re dealing with the politics of race and college rape, which is a totally different thing.”

Johnson posited that Fox Searchlight will have “a tough call to make” in how it promotes “Birth” next month in Toronto, where the exposure for the film is crucial but the looming shadow of the rape story could be detrimental.

“You need Toronto for a film like this that’s going to open in October,” Johnson asserted. “The question is, how much press does Parker do up there?”

Should Parker keep a low profile in Toronto and keep the spotlight on the film, Johnson said, “people would understand that and judge the film as it is, which is fine.”

Eileen Koch, head of the public-relations firm Eileen Koch & Company, isn’t sure silence is a luxury that Parker can afford.

While Parker published a lengthy Facebook post on Tuesday maintaining his innocence and acknowledging having “wounds that neither time nor words can heal,” Koch feels that Parker needs to take a more formal approach to clearing the air.

“Facebook, to me, is very off-the-cuff,” Koch said. “This is very serious, even though he’s innocent, according to the law, and he really should make an official statement in a press release form or actually have a press conference and discuss it.”

The important thing would be for Parker to show sympathy for the accuser’s family while still asserting his innocence.

“I would show a lot of compassion and say, ‘I’m very sorry that this is being brought up again, the family’s been through hell and back. I want to declare my innocence; as you know I was acquitted’ — that type of thing,” Koch offered. “If I was watching that, I’d say, ‘The guy has class.'”

Koch also suggested that Parker might hold off on any formal statement, in case the story blows over.

“I would say to him, ‘Let’s see what happens next Monday, if you’re yesterday’s news …'” Koch said. “Because you can always make a statement [if not].”

Whether the negative press being generated by Parker’s past will affect the commercial performance of “The Birth of a Nation” remains to be seen. But Johnson, for one, doesn’t seem to think so, and suggests that the opposite could actually be the case.

“I guarantee you, this film is going to open [well],” Johnson said “If Fox Searchlight sticks to that date, they’re not going to have a problem with the awareness factor.”