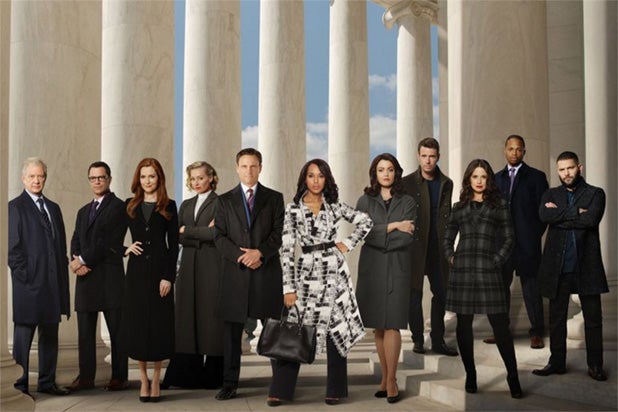 Members of the fictional White House from ABC’s “Scandal” are attending a fundraiser for real-life presidential candidate Hillary Clinton later this month in Washington, D.C.

Most of the cast of ShondaLand’s political drama — including President Fitzgerald Grant (Tony Goldwyn); ex-First Lady Mellie Grant (Bellamy Young), who herself is running for president this season; the extra-shady former White House Chief of Staff Cyrus Beene (Jeff Perry); and two of Olivia Pope’s gladiators, Quinn and Huck (Guillermo Diaz and Katie Lowes) — is expected to attend the event on Wednesday, April 27, a person with knowledge of the situation told TheWrap.

The event is scheduled to take place just days before the White House Correspondents’ Association dinner, which the stars — who have already made their support for the candidate well known through social media and a high-profile campaign ad (see below) — are also expected to attend.

Kerry Washington, who plays Olivia Pope on the show, is not on the fundraiser’s invite, even though she is a Clinton supporter and appeared, along with other ShondaLand stars, in the ad.

Tickets for the event are reportedly going for anywhere between $250 and $5,000.