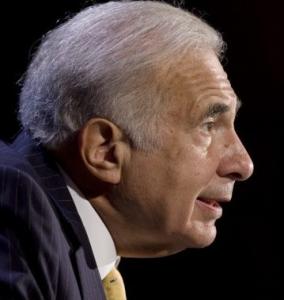 Billionaire investor Carl Icahn’s bid for Lionsgate Entertainment was approved by the Canadian Minister of Heritage on Wednesday under the Investment Canada Act.

In exchange, Icahn has agreed to maintain Canadian control of Maple Pictures, the independent film production that distributes Lionsgate films in Canada.

Icahn said there will not be another extension of his offer and that he will hold the line on the $7-per-share price that he’s willing to pay. The investor said he expects his offer to close on June 16.

"I am very pleased that our investment in Lionsgate has been determined to be of net benefit to Canada," Icahn said in a statement.

Icahn has said he intends to keep the studio headquartered in Canada and will include Canadian representation on the company’s new board of directors. He also intends to increase the number of films produced in the country.

Last week, Lionsgate announced that shareholders once again rejected an offer by the activist shareholder, who is apparently readying himself for a proxy fight.

While refusing to directly address the ramifications of the minister’s approval, Lionsgate continued to urge its shareholders to block Ichan’s bid to gain control of the studio.

The company released the following statement:

"Lionsgate notes the determination by the Minister of Canadian Heritage under the Investment Canada Act and has no comment other than to remind its shareholders that its board of directors recommends that shareholders continue to reject the Icahn Group’s unsolicited offer and not tender their shares into the offer The offer remains financially inadequate and coercive and is not in the best interests of Lionsgate, its shareholders and other stakeholders. Since the Icahn Group announced their original offer on March 1, 2010, with numerous subsequent extensions, less than 4% of Lionsgate’s outstanding shares have been tendered."