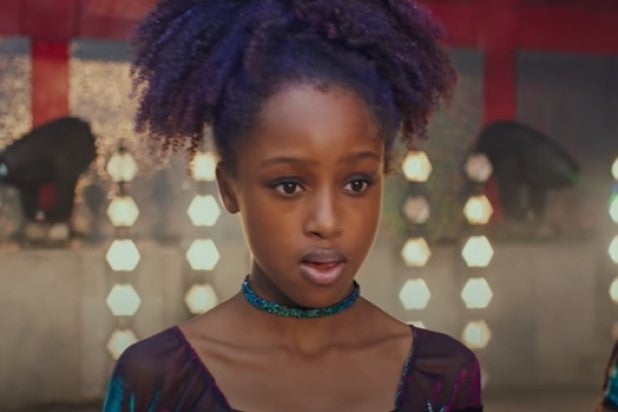 The #DeleteNetflix hashtag jumped to the top of Twitter’s trending section on Thursday morning, as some users complained the French film “Cuties,” which just hit the service on Wednesday, depicts a hyper-sexualized view of minors and promotes pedophilia. The hashtag gained momentum after a scene from the film, showing young girls dancing in a suggestive manner in front of adult spectators, was shared on Twitter.

“Cuties” focuses on Amy, an 11-year-old Senegalese girl who forms a twerking dance group with her other young friends. After being “bombarded with hyper-sexualized imagery,” Amy “envisions a dance routine, featuring grinding and twerking, that’s sure to be deemed inappropriate but that, in her mind, will put to rest the notion that she and her friends are children,” according to TheWrap’s review.

The backlash was spurred after the following clip from the movie was shared:

Netflix is comfortable with this. Plenty of people will defend it. This is where our culture is at. pic.twitter.com/UlqEmXALmd

I dare you to defend this abomination of a movie without sounding like a pedophile. This isn't a left or right issue, I'm a leftist and think this fucking filth, because it is. #CancelNetflix pic.twitter.com/yfTq3DGgXA

Over the past 24 hours I’ve convinced 8 friends to #CancelNetflix.

I’ll continue to tell my family and others to do the same.

Wanna address why sexualizing underage girls is acceptable? As you can see, it's rated TV-MA which means it's not suitable for CHILDREN but the story is about a group of underage girls? Wanna address the scene where the young girl takes a picture of her GENITALS? #CancelNetflix pic.twitter.com/HeLv5gbjP6

I don't need to watch Netflix's 'Cuties' to know that they are promoting pedophilia. The trailer was enough! #CancelNetflix

Also Read: Netflix Apologizes for 'Cuties' Poster After Being Criticized for the 'Inappropriate' Sexualizing of Children

There were plenty of other similar tweets using the #CancelNetflix hashtag.

Even before it’s release, “Cuties” had been controversial. Last month, Netflix apologized for a “Cuties” poster that was criticized online for sexualizing children.

“We’re deeply sorry for the inappropriate artwork that we used for ‘Mignonnes/Cuties.’ It was not OK, nor was it representative of this French film which premiered at Sundance. We’ve now updated the pictures and description,” a Netflix spokesperson said at the time.

And earlier this month, director Maïmouna Doucouré said she received death threats after the American poster for the film was released by Netflix. Doucouré said the poster mischaracterized what the movie is about.

“I received numerous attacks on my character from people who had not seen the film, who thought I was actually making a film that was apologetic about hypersexualization of children,” she told to Deadline, adding that she received “numerous” death threats. “We had several discussions back and forth after this happened. Netflix apologized publicly, and also personally to me.”

Doucouré told TheWrap at the Sundance Film Festival in January that her film mirrors her experience as a young girl when she wanted to be a boy because of the “injustices” towards women she saw around her. Watch the full interview below.