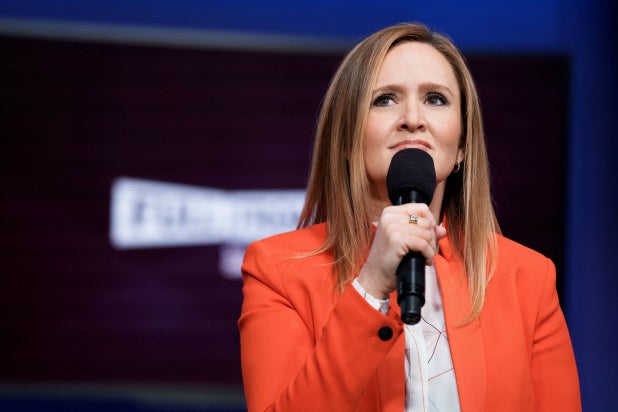 The cancer patient who was mocked for his “Nazi hair” on TBS’s “Full Frontal With Samantha Bee” issued a statement on Thursday condemning the show for “half-apologizing.”

“Samantha Bee tweeted an apology for ‘offending’ me, but I want to make it clear that half-apologizing for offending someone is not apologizing for making baseless accusations against people because of the way they look,” Outset Magazine contributor Kyle Coddington said. “This kind of behavior should be rejected by both sides of the aisle.”

Coddington also appeared on “Fox & Friends” on Friday morning to discuss the segment from Wednesday’s episode, as well as “Full Frontal’s” subsequent apology.

“It is kind of a half apology,” he said. “I would say the effects of this go much further than just insulting me and the illness itself. It’s just inconsiderate and very unprofessional to you know lump together anyone who has a certain hairstyle or just by the way they look.”

The segment, which featured “Full Frontal” producer Michael Rubens at the Conservative Political Action Conference, joked about the hairstyles of some of the attendees, including Coddington’s calling them “Nazi hair.”

“Just last year, CPAC was dominated by Ted Cruz supporters and chirpy little s-s with bowties, but Donald Trump, worried about a poor reception, canceled his appearance,” the segment’s narrator said. “This year, the bowties were gone and replaced by Nazi hair, Nazi hair, Nazi hair. F- off.”

Coddington, who later revealed that he got the haircut after being diagnosed with stage 4 cancer, was among those featured in the segment.

“Full Frontal” issued an apology on Twitter on Thursday morning, stating that they had removed him from the segment. The show also donated $1,000 to Coddington’s GoFundMe page to help pay for his medical bills.

“We deeply apologize for offending [Coddington] in our CPAC segment,” the tweet read. “We only learned of his condition today & have removed him from the piece.”