Exile was founded in 2019 by former chief content officer for Univision and Televisa Isaac Lee, who will continue to oversee Exile’s day-to-day operations along with his senior management team as part of the acquisition. The company is headquartered in Los Angeles, with offices in Mexico City, Madrid, and Miami.

Financial details of the acquisition were not disclosed. 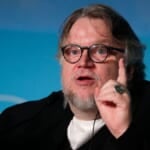 Upcoming projects include “Gente Sana,” a six-part docu-series hosted by J Balvin for NBC Studios for Peacock, scripted series “The Illusionist Club” in partnership with Moxie 88, and feature film “The Coup” in partnership with AP productions. Exile also holds the IP for the character Manolito Gafotas, whose books have been translated into more than 20 languages in 22 countries. Additionally, Exile recently announced a development deal with Benicio del Toro and acquired Dixo, a Spanish-language podcast network and production company. The company also launched a Music and Kids division, the former backed by Colombian artist Fonseca.

“We are thrilled to partner with Isaac and the talented Exile team,” Candle co-Founders and co-CEO’s Mayer and Staggs said in a statement. “Exile has established itself as an emerging leader in Spanish-language content, with deep relationships with exceptional artists and creators, broad cross-platform production, audience engagement and social commerce expertise. We’re excited to be a part of the tremendous growth they have ahead.” 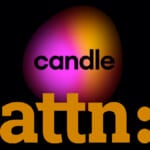 “Exile’s vision is to create content that not only resonates with Spanish-speakers, but also with universal audiences. We have spent the last three years building a network of creative talent and compelling IP, and partnering with Candle will allow us to accelerate our strategy,” Lee said. “Kevin, Tom, and Blackstone have an inspiring vision for Candle, and their commitment to invest in properties that are highly dedicated to creator communities and audiences aligns perfectly with Exile’s mission. It is an honor to join the Candle family of storytellers who represent diverse cultures and communities.”

Candle Media is backed by the private equity firm Blackstone, and the company has previously made three other splashy media acquisitions, including most recently the social media news company ATTN: for $100 million, Moonbug Entertainment for $3 billion last December, Reese Witherspoon’s Hello Sunshine for $900 million and Faraway Road, which produces Netflix’s “Fauda,” for $50 million. Staggs and Mayer also took a minority stake in Will Smith’s Westbrook as founded by Will Smith and Jada Pinkett Smith.