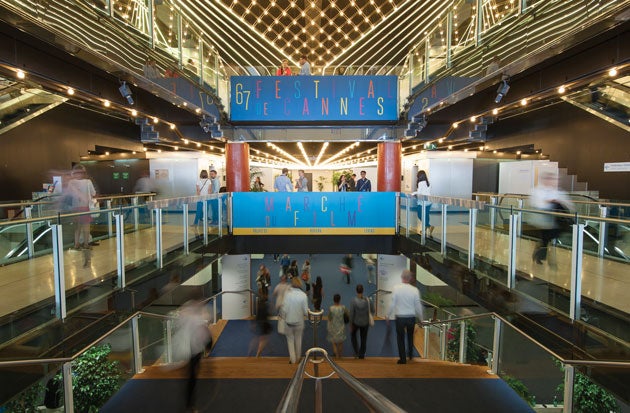 This year’s Cannes market finds stars in small supply as sales agents scramble to secure material that will play to global audiences. With more A-list stars holding out for comic-book movies that will enhance their brand or heading to the small screen to participate in the new Golden Age of Television, it’s the indie sector that has suffered the most, though certain projects still have enough sexy elements to command top prices on the open market.

“There’s not a lot of big projects out there right now and everyone is fighting over the few projects, so it’ll be an interesting market,” predicted 13 Films president Tannaz Anisi, who chalked up the thin market to two factors. “A lot of film producers are very interested in getting into the TV space, and many of the agents want to, as always, save their talent for the last minute for the bigger studio projects.”

“It’s difficult to access big movies to compete with the studios,” said Patrick Wachsberger, co-chairman of Lionsgate’s Motion Picture Group. “You can find an ‘Imitation Game,’ but big, expensive movies are difficult for any independent to put together. You need to be original and have the right elements. A star helps, though it depends on the role.”

Lotus Entertainment’s Bill Johnson will be shopping star-driven vehicles such as Keanu Reeves‘ upcoming “Replicas” and “November Criminals,” the latter of which pairs young stars Ansel Elgort and Chloe Moretz. “People are just looking for movies that feel theatrical, with a clear audience they can market to,” he said. “Those come in all shapes and sizes, but if it doesn’t look and feel theatrical, the ancillary markets internationally are weak.”

“I don’t look at the market as ‘doom and gloom’ as many people may,” said Anisi. “It’s just a matter of having the right material to take to market. Generally, it’s harder and harder to sell the smaller titles that sort of fall in no man’s land. Having domestic [distribution] on board is even more important now. Smaller genre titles are harder to move along these days and, while directors are important, cast is paramount to everything.”

Though it’s an issue Wachsberger needn’t worry about, he echoed the importance of having domestic distribution in place before taking a project to foreign buyers. “The market has changed to the extent that the video market has disappeared,” he said. “And not only are broadcasters buying fewer movies but they’re paying less, so you’re relying more on theatrical.”

In addition, Lionsgate’s upcoming tentpole “The Hunger Games: Mockingjay — Part 2” will have a significant presence at the Hotel Majestic.

Wachsberger is also going to be selling a sequel to “John Wick” with star Keanu Reeves and co-directors Chad Stahelski and David Leitch returning. It will further explore the world of the Continental Hotel, which caters to assassins who have the gold coins necessary to reserve a room. “We just got a first draft and it’s in really great shape,” said Wachsberger. The original grossed nearly $80 million worldwide on a reported production budget of $20 million–a bargain in today’s competitive climate for action movies.

Anisi’s 13 Films also boasts a project with a red-hot star, Emilia Clarke’s supernatural thriller “Voice From the Stone.” Clarke has built a passionate fan base thanks to “Game of Thrones”; between that HBO series and her upcoming turn as Sarah Connor in “Terminator: Genisys,” her films are expected to begin generating stronger sales, and Anisi will be showcasing footage from “Voice From the Stone.”

Of course, those sales depend on who’s doing the buying — and to that end, Anisi, Wachsberger and Johnson discussed the strength of several top foreign markets.

“The U.K. is very dependent on the material you have,” said Anisi, who will also be shopping the Adrien Brody thriller “Manhattan Nocturne” and the comedy “Chronically Metropolitan” starring Shiloh Fernandez, Chris Noth and Mary-Louise Parker. “Latin America is healthy right now and China is doing very well, but Western Europe is always challenging because those territories have bigger price tags. Business has picked up in Spain and Italy, but you have to have the right material for those territories.”

Johnson agreed that Italy has rebounded along with Spain to a lesser degree, but he’s most curious to see how things are going to play out in Russia and elsewhere. “The Pan-Asian territories are getting stronger and adding up to more and more,” he said. “Moviegoing is really growing there and there are lots of theaters being added, so those markets are on the upswing.”

Lionsgate has done well in Latin American thanks to its deal with IDC, which has been distributing Summit Entertainment titles since 2005. “We’ve seen remarkable numbers coming out of Latin America, including north of $30 million on Insurgent,” Wachsberger said.

Another hot topic of discussion on the Croisette will likely be currency rates, as there have been many fluctuations in the global financial market. “There’s going to be a lot of talk about the strength of the dollar, and buyers will point to that as to why the numbers need to come down,” said Johnson.

Added Wachsberger, “There’s an issue in Russia where currency is taking a huge decrease, and it’s affecting independent distributors.”

Johnson added that while he’ll also be shopping Shekhar Kapur’s “Tiger’s Curse” and “The Crucifixion,” which hails from the producers of “The Conjuring,” he’s had to put Stephen Gaghan’s crime thriller “Candy Store” on the back burner for now. Gaghan is currently focused on prepping the Matthew McConaughey drama “Gold,” so “Candy Store” — which was slated to star Robert De Niro, among others — has been delayed. That said, Johnson expects to bring four new projects into the market, with details to be announced soon.