It’s been 16 years since Jane Campion became the first woman to win the Golden Palm at the Cannes Film Festival with “The Piano.”

Now at 55, the pale, soft-spoken filmmaker is back at a place she associates with both glory and heartache, with another romantic film.

The glory was public. “The Piano,” starring Holly Hunter, Anna Paquin and Harvey Keitel, went on to win multiple Oscars.

The heartache was private. In 1993, Campion was nearly 40 and pregnant at term with her first child. She left the whirlwind of the festival, and two weeks later, lost the baby, a boy. 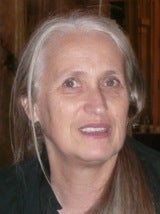 “I was gone,” said the New Zealand-born filmmaker in an interview beneath the soaring, Rococo ceiling of the Carlton Hotel on the French Riviera. “I was out of the world for a year. The awards meant nothing to me. It took me five years to realize that I had done something.”

The experience changed her as a filmmaker, and helped inform a path that has led to a unhurried, often-moving body of work including “The Portrait of a Lady,” “An Angel at My Table,” ”Sweetie” and now “Bright Star,” the true love story between the poet John Keats and his 18-year-old neighbor, Fanny Brawne, in the early 19th century.

Her new film, which has seduced some (though not all) critics, unabashedly embraces poetry, romanticism, beauty – the stuff that only rarely finds its way in .  (The film was acquired by distributor Bob Berney for a fall release.)

But Campion didn’t set out to make another romantic film. In fact, she wanted to steer away from a genre associated with cinematic stereotype. “To me it’s alienating to see young actors rehearsing in ridiculous costumes. It feels like something that can be fetishized,” she said. “I was a little concerned we’d slot into the genre too well.”

But she fell in love with Andrew Motion’s biography of the poet (“Keats”) and found herself compelled to pursue writing it as a movie, and then direct it. The love affair ended tragically, with a poverty-stricken Keats dying at 25 of tuberculosis, and Brawne having devoted her young life to a lost cause, without the benefit of marriage.

“I found myself sobbing at the end of it,” said Campion, who was reading the book while working on the 2003 Meg Ryan film “In the Cut,” a hard-edged view of female sexuality.

“In the Cut” was off the path that Campion had set out on, which was “towards a Keats vision of life — of sensitivity, and tenderness.”

All of that related to the loss of her baby. The loss “saved me,” said Campion. “I went in a direction that was much more interesting. When you’ve been through a tragedy like that, you’re in a different world, you live in a different way.”

She was once more dogmatic, she said, about her personal philosophy, which she referred to as “my Nazi days: I want everyone to be open.”

“Before, I thought — ‘It’s a great wide world, I’m a great person.’… I’m not trying to change the world anymore. Something like that happens, and you realize that death is there. Sadness is there. The places it takes you to is very powerful. And I’ll never leave it again.”

Campion remains one of the few women filmmakers to present at , and the only Golden Palm winner in the festival’s history.

She has made her peace with her personal history. And in 1994, Campion gave birth to a daughter, Alice, who was the basis, Campion said, for the character of Fanny Brawne.