Predictions of the Marche du Film’s death were greatly exaggerated. While indie film prices have come back to earth after big-spending streaming giants rattled the ecosystem a few years back, industry players told TheWrap, the market at Cannes was buzzing this year from start to finish.

“That can be a little misleading,” said the executive, whose company brought home five films — more than any other distributor to visit the festival this year.

It was a polarizing year at Cannes, with no shortage of hemming and hawing about the state of affairs in the coastal haven. The headlines and soundbites came in waves saying anything from “Cannes is dead” to “Cannes needs to change” to “Cannes change is here.”  And depending on whom you asked, the market was abysmal or doing just fine.

Still, acquisition news seemed to come fast and furious out of the gate — and included at least two bidding wars that climbed into the eight figures.

And while recent big spenders like Netflix and Amazon were quieter, and The Weinstein Company MIA altogether, several major new players stepped up to make a big splash in acquisitions.

Also Read: Is the Cannes Film Festival in Decline? Not to the French

Two rich deals came after all-night bidding (a welcome sight after the frigid pace of the market at Sundance): for Karyn Kusama’s follow-up to “The Invitation,” a cult-and-cop thriller starring Nicole Kidman called “Destroyer” that went for a reported eight figures to Megan Ellison’s Annapruna Pictures. It was financed by 30West. 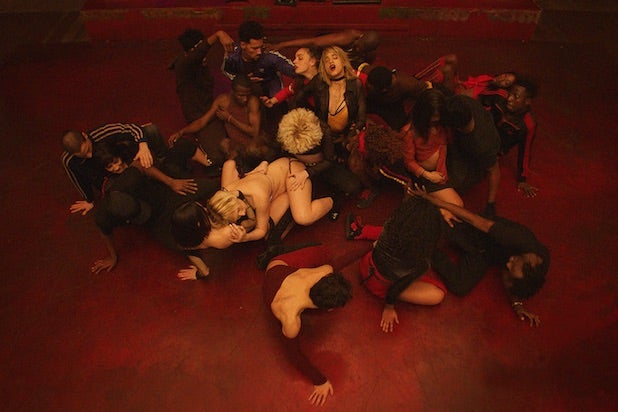 After a splashy showing at February’s Berlin Film Festival, Global Road made good on its promise to be an active player under new boss Rob Friedman. The studio, rebranded and expanded from Open Road, paid an undisclosed amount for rights to a new take on “The Secret Garden” starring Colin Firth and Julie Walters. The film came fully financed from Studiocanal.

There were also a few sacred cows to be had. Magnolia Pictures took Hirokazu Kore-eda’s “Shoplifters” only 24 hours before it won the festival’s highest honor, the Palme d’Or.  A24 nabbed Gaspar Noe’s dancing horror fever dream “Climax,” well before it would land him the top honor in the Directors’ Fortnight section. “BlacKkKlansman,” which won Spike Lee the Grand Prix, was presold to Focus.

Bleecker Street won the brutal survival story “Arctic” with Mads Mikkelsen. Tom Quinn’s Neon made its first ever Cannes purchase with the horror tale and Un Certain Regard winner “Border,” from the author of  “Let the Right One In.”

The streaming companies weren’t entirely absent. While Netflix publicly ghosted the festival in April after bylaws were changed to require a French theatrical release for all competition films, Ted Sarandos’ team couldn’t resist buying a bit of prestige.

The streaming giant bought “Happy as Lazzaro,” which premiered in competition and was awarded Best Screenplay for Alice Rohrwacher, as well as Lukas Dhont’s “Girl,” which won the Camera d’Or for best first film and best actor for star Victor Polsterin the Un Certain Regard section.

Before the Marche du Film opened, experts warned us the buyers would be cautious. But that doesn’t mean stagnant, Bromiley concluded.

“There are a lot of projects out there, and we had to dig a little deeper this year. That’s been for the past few years, it used to come a lot easier. But the market is very healthy on the domestic side, and obviously our sales reflect that,” he said.