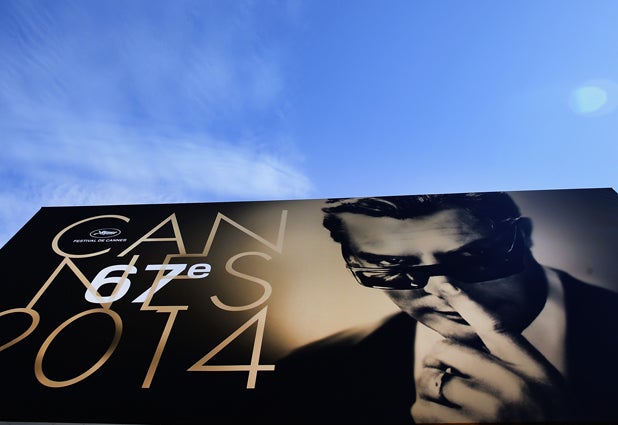 This story originally appeared in CannesWrap.

What to do, where to go, what to see?

Everybody who goes to Cannes faces the same questions, whether they’re bringing films to screen in competition or wading into the market to make deals. TheWrap asked Cannes regulars what was at the top of their wish lists this year, and here’s what we found.

Elwes’ Cannes wish list begins on the opening night of the festival with Olivier Dahan’s “Grace of Monaco” — but the veteran indie producer says that what draws him to the film is the longstanding friendship he had with its subject, Princess Grace.

From there, he’s interested in a number of films in the main competition, including David Cronenberg’s “Maps to the Stars,” Michel Hazanavicius’ “The Search,” Tommy Lee Jones‘ “The Homesman” and Bennett Miller’s “Foxcatcher” — although he told TheWrap that he might wait to see the last of those films Stateside closer to awards season, and use his time on the Croisette to see foreign-language films that may not secure U.S. distribution.

Other movies at the top of Elwes’ list include Ryan Gosling‘s directorial debut, “Lost River” (Elwes was an executive producer on “Blue Valentine,” in which Gosling starred), Australian director David Michod’s “The Rover” and John Boorman’s Korean War drama “Queen and Country.”

The agent’s must-see list begins with three films made by directors who are among her favorites: the Dardenne brothers’ “Two Days, One Night,” Mike Leigh‘s “Mr. Turner” and Tommy Lee Jones’ “The Homesman.” “It’s not our film, but I’m a big Tommy Lee Jones fan,” she said of the last film. “I’ve worked with him in the past and he’s incredibly talented, so I’m looking forward to his next one.”

She added that she also wants to see a number of other entries, including Bennett Miller’s “Foxcatcher” and Jean-Luc Godard’s new film, “Goodbye to Language.”

Amritraj attends Cannes as both a film executive and a diplomat. He will sell movies Hyde Park has helped put together, which in the past have included “Walking Tall” and “Shopgirl.”

Yet he is also a grand ambassador for the Confederation of Indian Industries, the official Indian body. In addition to screenings and negotiations and work meetings, Amritraj will be having lunch with the Indian ambassador to France, and hosting events with friends from Abu Dhabi, Singapore and India.

“My week in Cannes is a combination of diplomacy and parties,” Amritraj told TheWrap. “A lot of it is about bridging cultures and the film industry and bringing people together.”

Participant will be throwing a big party to celebrate their 10th anniversary at Cannes, as well as looking for “socially relevant and commercial” films to acquire, offering J.C. Chandor’s “A Most Violent Year” and Lluis Quilez’s “Out of the Dark” for foreign distribution, and showcasing Pablo Fendrik’s “El Ardor,” which will receive a special screening as part of the official selection.

But for Berk and Participant, Cannes is also a place to spot talent and nurture relationships. Berk told TheWrap that he’ll be sure to check out “The Search,” “Lost River” and “The Rover.” In Directors’ Fortnight, he wants to see commercial director Daniel Wolfe make the jump to features with “Catch Me Daddy,” while in the Critics’ Week section he’s fascinated by Shira Geffen’s Israeli/Palestinian drama “Self Made.” He’s also interested in David Robert Mitchell’s low-budget “It Follows” — because, he said, “when an interesting filmmaker can make a film for so little and find their way to a festival of this caliber, you want to see what’s happening.”

If Bernard were able to attend Cannes free of the obligations of his SPC job, he’d go see the Dardenne brothers’ film “Two Days, One Night.” But Bernard and his longtime partner Michael Barker don’t really have that luxury: Not only do they have five films in various sections of the festival — “Foxcatcher” and Mike Leigh’s “Mr. Turner” in the main competition, Zhang Yimou’s “Coming Home” out of competition, Gabe Polsky’s “Red Army” as a special screening and Damien Chazelle’s “Whiplash” in Directors Fortnight — but they’ll be on the Croisette as buyers.

So realistically, Bernard is looking forward to doing what he always does: hopping on a bicycle and running from screening room to screening room, seeing five or six movies a day.

“When you go to those market screenings, you gotta be ready to reach into your pocket to write a check, because the longer you wait the more the word gets out.”

See video: ‘Hollywood Torrent': ‘Noah’ Will Cross $100 Million in the US, But Will it Turn a Profit?

Woodrow told TheWrap that Cannes  is “one of our most active and favorite times of the year.” This year the company is bringing Michel Hazanavicius’ “The Search” to the main competition, as well as looking for “star- and director-driven films that have broad commercial appeal” along the lines of Alejandro Gonzalez Inarritu’s upcoming “Birdman.” Worldview has also become a presenting sponsor of amfAR’s Cinema Against AIDS gala at the Hotel Du Cap.

“We have done a lot to build our brand and reputation,” said Woodrow. “Over the next three to five years we are looking to take it to the next level and become a studio partner.”

Taylor has had clients on the Croisette in the past, including actor Robert Redford (who was there last year with “All Is Lost”) and director Benh Zeitlin (who won the Camera d’Or in 2012 for “Beasts of the Southern Wild”). Taylor told TheWrap that at this year’s festival, he’s looking forward to a pair of movies that did well at Sundance and are now competing in the Directors’ Fortnight section, Jim Mickle’s “Cold in July” and Damien Chazelle’s “Whiplash.”
Gosling’s “Lost River” is also high on Taylor’s list — and so is the new version of Ned Benson’s drama with James McAvoy and Jessica Chastain, “Eleanor Rigby.”

This year marks the 10-year anniversary of Relativity Media, where Tooley oversees operations spanning movies, television sports and digital. Relativity will host a celebration at the Hotel Du Cap — one of Tooley’s favorite places to play tennis — with friends and colleagues.

With one eye on the past, Tooley will also be pitching the future, meeting with international partners to discuss the company’s upcoming slate of films. “This is a seminal market to talk about what’s coming, what’s up for next year and what we’re excited about,” Tooley told TheWrap.

While eager to see new movies from various directors, Tooley will be hosting a screening of his own for the company’s upcoming movie “Earth to Echo,” which opens in July.