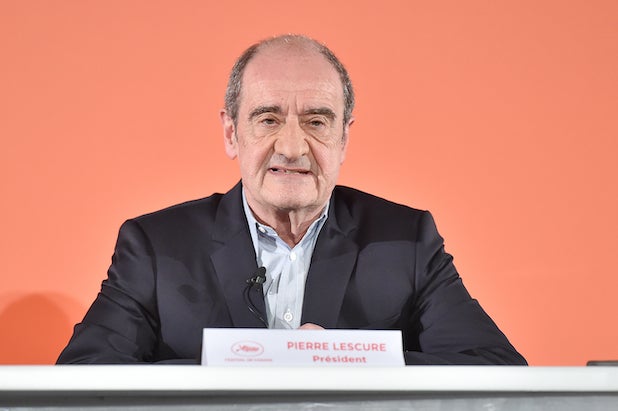 Cannes Film Festival president Pierre Lescure said in an interview that he was “reasonably optimistic” the coronavirus situation would improve in France but that he would be prepared to cancel the festival if the situation worsens.

“We remain reasonably optimistic in the hope that the peak of the epidemic will be reached at the end of March and that we will breathe a little better in April,” Lescure told the French newspaper Le Figaro. “But we are not oblivious. If not, we’ll cancel.”

The 73rd edition of Cannes is scheduled to run between May 12-23, and the festival is expected to release its lineup of films on April 16.

However, several French festivals have already been canceled in the country as the number of COVID-19 cases rise. The television market MIPTV scheduled for late March was canceled, and on Wednesday, news came in that the Series Mania festival covering television scheduled for April in Lille was also canceled.

Lescure likewise addressed a story in Variety published Tuesday that said that Cannes would not be covered by insurance in the event of a cancellation. The story noted that Cannes had turned down the right to obtain coverage, but Lescure said that the policy offered to them by insurer Circle Group would not have been sufficient to cover their losses.

“This offer was made to us about ten days ago, but it was totally disproportionate. We were only offered to cover ourselves up to 2 million euros while our budget is 32 million. It was really peanuts,” Lescure said, adding that he remains “optimistic” and that the festival would be prepared to take some losses for this year should the festival be canceled.

“It doesn’t matter because we have reservations,” he said. “The endowment fund that we have set up allows us to face at least one year without revenue.”

France has reported 1,784 confirmed cases of coronavirus with 33 deaths, making it second to only Italy in severity in Europe.