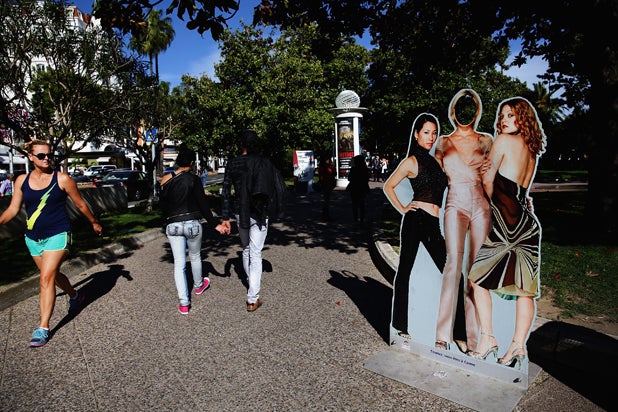 This story originally appeared in CannesWrap.

Executives are steeling themselves for a rough Marché du Film at Cannes, as a string of flops at the international box office could suppress deal-making in one of the most important annual markets for worldwide sales.

The rise of territories such as China, Russia and South Korea has spurred a 33 percent growth in the international box office, and foreign markets contributed 70 percent of box office grosses in 2013. But Hollywood studios are the primary beneficiaries, not foreign distributors buying movies at Cannes.

International buyers and U.S. sales agents can rattle off a long list of independent movies that failed overseas, including “Mortal Instruments: City of Bones,” “Pompeii,” “Vampire Academy” and a pair of DreamWorks movies, “Delivery Man” and “The Fifth Estate.” Studios released all of those movies in the United States, but myriad international outlets handled the international rollout.

“The distributors overseas have suffered from the results of the same group of films that have underperformed here,” David Linde, CEO of Lava Bear Films, told TheWrap.

Some producers have struggled to secure financing as a result, and those that have put movies together find potential buyers wary. Cautious buyers are less willing to write big checks, compounding what most already believe is a buyers’ market because too many movies are up for sale.

“There is too much supply compared to the demand,” Millennium Films CEO Avi Lerner told TheWrap. “Everyone wants to make a movie.”

Excess supply is a common refrain these days, even from critics. Though technological innovation has democratized filmmaking year-round, Cannes in particular is flooded with new product.

Agents and producers try to arrange movie packages for major markets, including the American Film Market in the fall and the Sundance Film Festival in January. Though Sundance is only a market for domestic distribution rights, it occupies those who could be putting packages together for Berlin’s European Film Market in February. Everything gets put off until Cannes; consequently, Berlin was devoid of new movies this year. And the trend should continue in years to come.

“The timing is such with Berlin that there’s not a lot of new projects that are fully packaged in time to announce,” Mimi Steinbauer, CEO of Radiant Films International, told TheWrap. “With Cannes, we have more time.”

The robust supply hurts producers, financiers and agents because buyers have more power. They can be more selective, and pay less for projects–particularly the majority of the market’s entries, which may be lacking in star power.

Buyers “want commercial projects with real names, and what they are getting is passion pieces,” Lisa Wilson, co-founder of the Solution Entertainment Group, told TheWrap. Wilson will be selling the rights to “November Man,” starring Pierce Brosnan. Though Brosnan’s star peaked several years ago, buyers have expressed a lot of interest because the film has a strong cast and a well-known director, “Dante’s Peak” filmmaker Roger Donaldson.

Though actors such as Bradley Cooper, Christoph Waltz and Jeremy Renner have established their appeal in the international marketplace, global buyers are enticed by few of the new stars around which movies are built. “We need new names,” Wilson said. “We need new talent that people see can open the film.”

“We’re less focused on star names and big budgets, and more on whether it has the goods,” Ford told TheWrap. “It’s a tough box office environment for non- studio films, and there’s a flight to quality in the international marketplace.”