While Leos Carax’s “Annette” set the tone for the first day of the Cannes Film Festival, it was Jodie Foster who stole the show early on Wednesday.

Foster was presented with an honorary Palme D’Or at the opening night ceremony, in which Pedro Almodóvar, Foster, “Parasite” director Bong Joon-Ho and jury president Spike Lee each declared (in their own languages) the Cannes Film Festival “open.” But if you needed more of a reminder that Foster can really do it all, she conducted her press conference interview on Wednesday almost entirely in French.

In an interview with BFMTV, Foster explained that being at Cannes as a young girl for “Taxi Driver” in 1976 brought back some memories of how she used her ability to speak French as a way of making a connection.

“They were afraid because everyone said that the film was too violent, there were criticisms, so they didn’t want to talk to people. I who spoke French, I managed to speak for them,” Foster said in the interview.

Day 2 of the Festival also includes screenings for the documentary “The Velvet Underground,” Nadav Lapid’s “Ahed’s Knee” and Francois Ozon’s “Everything Went Fine.” See more of the going’s on at the festival below:

Screening on Day 2 of Cannes was “Val,” an intimate documentary about “Top Gun” actor Val Kilmer cobbled together from hundreds of hours of Kilmer’s own home-movie footage that he’s shot across decades.

The film won some early raves from critics out of the festival, which you can see below, but TheWrap’s own Steve Pond explained that the film succeeds by grappling with the present and grows increasingly sadder as it goes along, examining Kilmer’s life and his 2014 diagnosis of throat cancer that left him unable to speak clearly.

“Those moments are juxtaposed with modern sequences that bring home the fact that the story is being told by a man whose treatment for throat cancer led to a 2014 tracheostomy that left him unable to narrate his own movie, except in subtitled sequences,” Pond wrote in his review. “One option, which is genuinely affecting when it’s revealed at the beginning of the film, is that Kilmer’s son Jack reads lines he’s written that serve as narration for much of the film.” 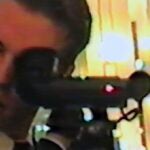 Kilmer’s son Jack and his daughter Mercedes were on hand at the premiere of “Val,” where jack and the directors Ting Poo and Leo Scott received a warm standing ovation and embrace following the screening. And after the film’s trailer was released on Tuesday, Val himself thanked audiences and Amazon for allowing him to tell his story.

“As grateful as I am for being selected with this high honor, I look forward most to sharing my life’s story with all of you,” he said.

Also see some reactions to the film below:

We shared on Tuesday some of the early reactions to Leos Carax’s bonkers new film “Annette,” a pop opera musical featuring a story and music by the enigmatic duo Sparks. But despite the mixed online reactions, the film got a standing ovation that lasted a full five minutes, so long in fact that star Adam Driver was seen on camera lighting up a cigarette as the crowd was still applauding, exhaling directly into the camera.

But he was a no-show at the press conference for the film early on Wednesday morning, where his co-star Marion Cotillard discussed fame and recording music live on set, Simon Helberg joked about fighting Cannes’ Thierry Frémaux, and Carax wished that he could become the third Sparks Brother.

Spotted at Cannes this week was a poster for “The Man Who Drew God,” which stars Kevin Spacey in his first film since 2017 when his career was derailed following sexual assault accusations. Variety first spotted the poster, which is directed by and starring Franco Nero, but the poster also has another unusual co-star, “Chinatown” actress Faye Dunaway.

The film’s producer Louis Nero also confirmed to TheWrap that Dunaway would star in the film and would play a Braille teacher who is a friend of Franco Nero’s blind main character and once taught him to read. The part was originally rumored to be played by Nero’s wife, Vanessa Redgrave, who TheWrap previously reported is not involved after she faced social media backlash.

A rep for Faye Dunaway did not immediately reply to TheWrap’s request for comment.

StudioCanal announced early Wednesday that Netflix had acquired the worldwide rights (excluding France) to the action thriller “The Stronghold” from director Cédric Jimenez, which is premiering at Cannes out of competition. StudioCanal is releasing the film in France on August 18, and Netflix plans to release it later this fall.

“The Stronghold” stars Adèle Exarchopoulos and is based on true events about a police brigade in a suburb of Marseille that features France’s highest crime rate. When the team is assigned a high-profile case, their moral and professional boundaries are pushed to their breaking point.

The deal was brokered by Aska Yamaguchi and Anne Chérel on behalf of StudioCanal.