Day 2 of the Cannes Film Festival was filled with screenings, most noteworthy being the showing of the Kenyan film “Rafiki,” but Terry Gilliam was the talk of the town when his film scored a huge legal victory on Wednesday.

A Paris court ruled that his long-in-the-works film “The Man Who Killed Don Quixote” could screen on the festival’s closing night despite a suit by a producer seeking to stop it. At the same time, however, the film lost its North American distributor, Amazon Studios, and Gilliam himself suffered a minor stroke over the weekend.

“Rafiki” made history on Wednesday when it became the first Kenyan film to screen at the festival. And Russia’s “Leto” also screened, but filmmaker Kirill Serebrennikov introduced it in absentia given that he is still under house arrest in his home country.

See below for Wednesday’s roundup: 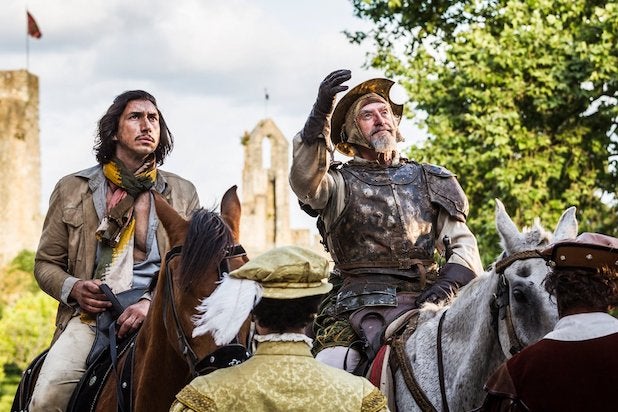 Terry Gilliam was victorious on Wednesday, when a French judge decided to throw out a producer’s bid to stop the film from screening at the Cannes Film Festival.

The film, which Gilliam has tried to make for decades with several failed attempts, can now screen during the festival’s closing night.

Producer Paulo Branco, who was attached to “Don Quixote” but left after preproduction disputes, sought to block the Cannes closing-night screening. His lawyer issued a statement claiming that Gilliam needs Branco’s permission to screen the film.

But a court in Paris ruled Wednesday that the Cannes screening could proceed on May 19 as planned, so long as it’s preceded by a statement affirming Branco’s claims to the film rights. Branco will also be reimbursed for legal expenses.

However, Amazon Studios on Wednesday pulled out of its deal to distribute Gilliam’s film in North America because of producers’ failure to deliver it, an individual with knowledge of the situation told TheWrap. The distributor had been an eyeing a fall release.

The film stars Adam Driver as a 21st-century marketing executive named Toby who toggles between modern times and 17th-century Spain, where Don Quixote (Jonathan Pryce) mistakes him for his trusted squire, Sancho Panza. 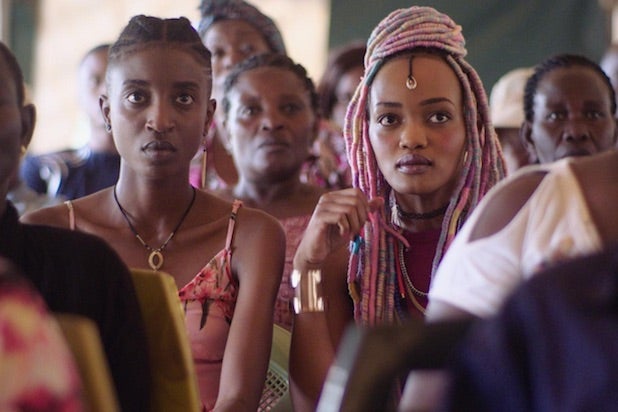 The first-ever Kenyan film to be included in the festival, titled “Rafiki,” debuted at Cannes on Wednesday.

Many people were moved by its political storytelling. TheWrap’s Steve Pond wrote in his review, “Second-time director Wanuri Kahiu, one of a larger-than-usual contingent of female directors in the main selection, has crafted a modest, at times striking drama that is perhaps more notable for what it represents than what it is.”

The film was banned in its home country due to its LGBT love story, with the Kenya Film Classification Board saying that homosexual scenes were illegal in Kenya.

#Rafiki is – in terms of filmmaking – somewhat conventional. But in terms of representation politics & storytelling it‘s an important & well made glimpse into Kenya, it‘s people and society. And the 2 protagonists are strong leads. Takes a lot of Chuzpe to make this film. #cannes

Rafiki falls apart narratively but great style, talented director and liked one of the leads quite a bit. Important gay film for Kenya. #Cannes2018

RAFIKI: definitely a first film, but it’s got a vital political utility and these leads have chemistry out the wazoo. It’s not Cannes unless there’s a movie with blacklighting! 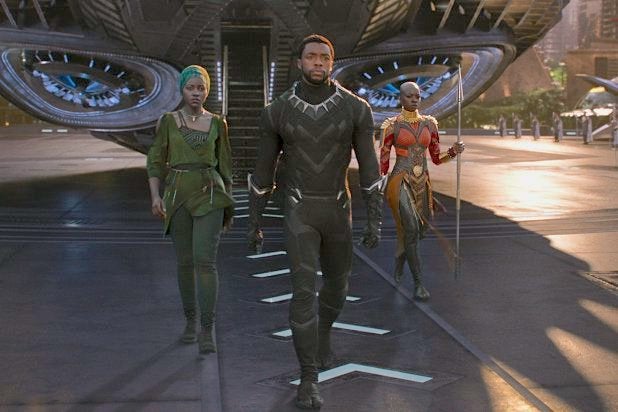 “Black Panther” Lights Up the Beach at Night

“Black Panther” was screened at night at the Cinema de la Plage — and what a beautiful setting to see one of the most talked-about films of the year.

A Cannes crowd has gathered for a nighttime screening of BLACK PANTHER on the beach pic.twitter.com/BAX6Q575Yn

Yo @MarvelStudios made it to #Cannes2018 Outdoor beach screening of Black Panther. Overflow on public beach behind it. pic.twitter.com/64nX7yQ8Cl 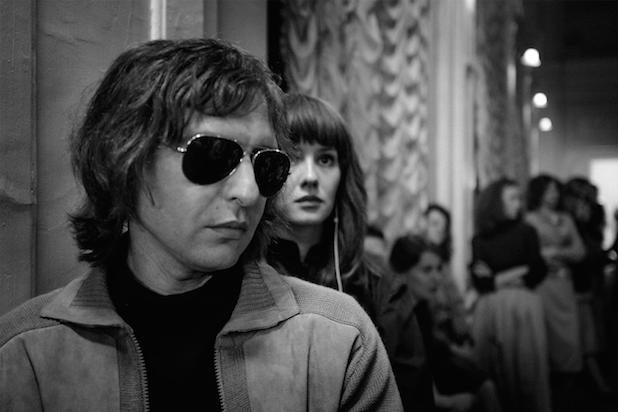 Kirill Serebrennikov’s film “Leto” screened at the festival while the director himself still remains under house arrest in Russia on charges of corruption.

The film received mixed early reviews. One viewer described the film as “cinematic brilliance,” while another called it “exceptional.”

TheWrap’s Steve Pond wrote in his review that “‘Leto’ is the wildest and most bracing film to screen in the main competition so far this year. Part fond remembrance of an early-’80s Leningrad rock scene and part glam-rock fever dream, ‘Leto’ asks an audience to surrender to excess and at times to silliness, and it richly rewards them for doing so.”

Leto aka Summer (Serebrennikov '18) is an exceptional, and exceptionally morose, movie about internal conflict amidst social upheaval. An urgent cry for the present moment. No way this isn't winning something… #Cannes2018 #Cannes

Kirill Serebrennikov's LETO is not a Jared Leto biopic, but it's closer than you might think: an opaque, exhausting, sometimes impressive, often misjudged dive into the Leningrad rock scene. Not my favourite of his. https://t.co/KOzce3PNE1