Cannes favorite son Jim Jarmusch was welcomed back with open arms at this year’s festival, as the press finally got a glimpse of his latest feature film “Paterson” on Monday.

At just about the festival’s halfway point, the Adam Driver drama about a bus driver with a gift for poetry could’ve seriously taken a snobbish turn — as the character is inspired by the working-class passengers on his New Jersey metro route.

Critics, however, raved about the film, many going a step beyond rewarding the artistic effort and mobilizing readers to go see the Amazon Studios original when it hits theaters later this year.

“Adam Driver carries ‘Paterson’ with a remarkable performance that few could have pulled off. You don’t get tired of watching him,” wrote IndieWire’s Anne Thompson.

“Jim Jarmusch originally came to New York to be a poet, and ‘Paterson’ is the closest he’s ever come to making an artistic manifesto,” said Bilge Ebiri of the Village Voice.

Los Angeles Times critic Justin Chang even punned that the movie was a shoo-in for the “Poem d’Or,” a play on the festival’s top jury prize, the Palme d’Or.

TheWrap’s Ben Croll advised, however, to “be wary of breathlessly exuberant festival buzz that will inevitably (and deservedly) follow — the feedback loop of contagious excitement runs the risk of overselling this very effective valentine to understatement.”

Jim Jarmusch's PATERSON is a quiet beauty. A shoo-in for the Poem d'Or. #Cannes2016

Jim Jarmusch originally came to New York to be a poet, and PATERSON is the closest he's ever come to making an artistic manifesto.

I loved Jim Jamusch's PATERSON, and chances are strong that you will, too. #cannes https://t.co/upYclU6qU0 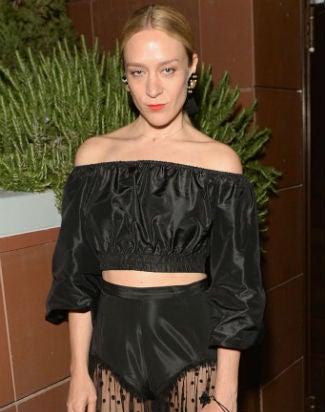 The expensive boots on the ground in Cannes can’t stop talking about two entries screened over the weekend.

German language comedy “Toni Erdmann,” about a father who pulls pranks on his self-serious daughter, broke a record for its stellar reviews.

The film, acquired by Sony Pictures Classics over the weekend, received an aggregate score of 3.8 on a review grid from Screen International — a record, the publication tweeted.

Meanwhile, Andrea Arnold‘s dreamy ode to the American Midwest continues to be divisive.

Some Europeans found the portrayals — led by a rat-tail-sporting, face-pierced Shia LaBeouf — accurate portraits for Americans to very negative effects.

“These are the people who will elect Donald Trump,” one festival-goer told TheWrap of Walmart staffers and Motel Six dwellers in the film.

Many a journalist found the film beautiful and near epic, set to a contemporary score featuring the likes of Rihanna and Calvin Harris that captured the isolation of a certain kind of America.

A24 has domestic distribution rights to the film, and should certainly see some attention releasing the film later this year around the time of the 2016 presidential election.

Steve Pond and Ben Croll contributed to this report.