While Steven Spielberg‘s “The BFG” fell short for some, and Jodie Foster‘s “Money Monster” got by on looks and talent, “Honey” has been polarizing on the ground in France thanks to its depictions of the lower class, drug-ravaged towns of the American Midwest.

Arnlod’s latest, starring Shia LaBeouf, gorgeous newcomer Sasha Lane and “The Girlfriend Experience” star Riley Keough, tells of a teenage girl who travels town to town in impoverished pockets of the States, getting work where she can and encountering addicts and zealots along the way.

“Those are the people who are going to elect Donald Trump,” one European journalist said after “Honey”‘s Saturday night screening. The shadowy lives of Christian conservatives and good ol’ boys around fast food joints, Walmarts and Motel 6 chains rang all too true, they added.

But some critics cut through the fly-over state archetypes and saw rare beauty in the work Arnold (back in form after a clunky 2011 “Wuthering Heights” adaptation, many agreed) accomplishes.

“LaBeouf, sporting a ratty braided ponytail and plentiful tattoos, may look like he’s in the wilderness of his career here, but it’s a far more interesting habitat than his payday years,” wrote The Guardian.

The director “avoids any blatant self-analysis, letting her ineloquent cast do all the talking. ‘We explore, like… America,’ [LaBeouf’s character] says … while on the surface that may sound like a half-baked conceit, ‘American Honey’ proves just how deep that exploration can go,” he added.

“If somewhat skimpy in narrative, Arnold more than makes up for it in visual riches. Her roving, caramel-hued compositions are wonders to behold,” wrote TheWrap’s Ben Croll. ” Keeping the camera close at all times, the film is as much a topography of the human face as it is the American West and Midwest.”

The critics seem to be united on one key point: the effective and repeated use of Rihanna and Calvin Harris’ dance hit “We Found Love.”  Watch a clip from “American Honey,” and keep reading for what’s happening elsewhere on the Croisette: 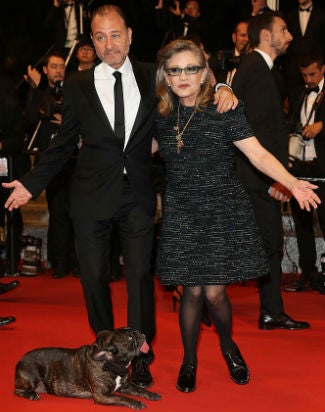 Carrie Fisher is in Cannes to debut HBOs’ “Bright Lights: Starring Debbie Reynolds and Carrie Fisher,” a frank and anticipated documentary about the actress and her famous mother. Directed by Alexis Bloom and Fisher Stevens, the doc would seem to be the real-life adaptation of Fisher’s novel “Postcards From the Edge,” which became the famous Mike Nichols film starring Meryl Streep and Shirley MacLaine.

But forget her storied Hollywood history — Carrie Fisher brought her dog Gary Fisher and everyone is losing it over him. Rumors floated that he was the first dog ever to walk the red carpet on the  Croisette (Uggie, the tap-dancing pooch from “The Artist” attended Cannes, but did not seem to walk the carpet).

Gary, who boasts his own Twitter account, is a fixture on Fisher’s arm. He attended last year’s San Diego ComicCon with Fisher, to unveil behind-the-scenes footage from “Star Wars: The Force Awakens.”

But back to “Bright Lights”…

Ratner and Nevins: The Musical

It’s often a tight deadline getting a project ready for a Cannes debut. Trailers are cut, jets are chartered, and occasionally promo materials slapped together in a crunch. Which would perhaps be the reason that one-sheets for “Bright Lights” billed a famous producer and a leading executive as musicians.

Both Brett Ratner, executive producer of the film, and HBO Documentary Films President Sheila Nevins were given credits on posters as composers. Ratner was overheard saying he needed to track one them down as a keepsake: 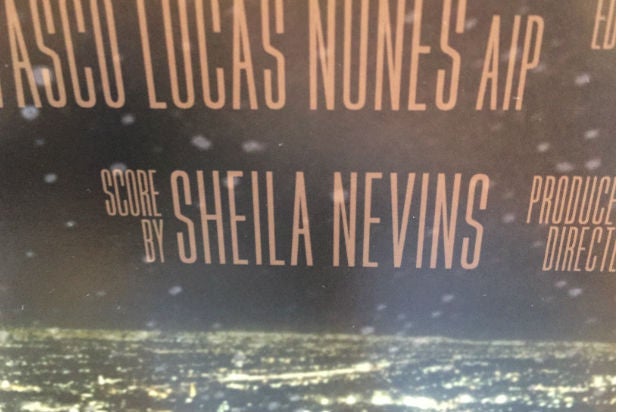 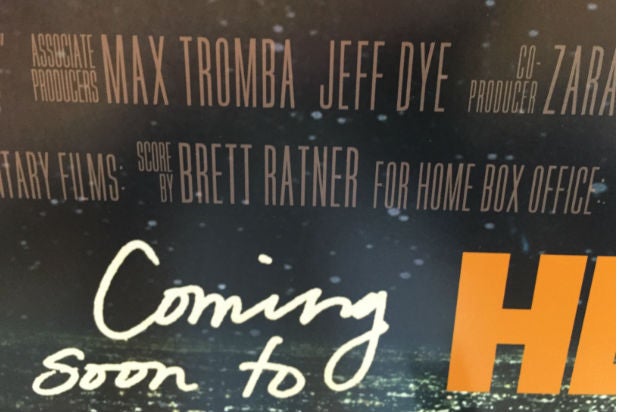