Film sales heated up on the Croisette as the Cannes Film Festival entered its second week.

On Monday, Fox Searchlight snapped up the U.S. rights, along with some international rights, to Terrence Malick’s “A Hidden Life,” selling for $13 million, according to sources familiar with the deal.

The deal is one of the largest of the festival so far, and it was a result of a heated bidding war that also included Netflix and Paramount, according to an individual with knowledge.

In Monday’s report, we mentioned that the film was heralded as a beautiful, poetic return to form for Malick, who is back at Cannes after winning the Palme d’Or for “The Tree of Life” back in 2011. August Diehl stars in the film about a World War II conscientious objector in Austria who refused to fight for the Nazis. The film is told in English and German, and Matthias Schoenaerts, Valerie Pachner, Jurgen Prochnow, Alexander Fehling and the late Bruno Ganz and Michael Nyqvist also star.

Amazon also scooped up the global rights, excluding Germany, Switzerland and Austria, to “7500,” a thriller starring Joseph Gordon-Levitt, in which he plays the co-pilot of a plane hijacked by terrorists.

As an actress who has starred in over two dozen films that have played at the festival, Isabelle Huppert is no stranger to Cannes. But she returned to the Croisette this time in English for her new film with American director Ira Sachs. And it turns out that the French star is sensational in any language.

“Taking a role designed to collapse the divide between performer and character as opportunity to uncover new levels on naturalism, Huppert offers another beautifully modulated turn in a part that is primarily reactive,” TheWrap’s Ben Croll writes in his review. “Her best moments arrive as subtle winces and bodily shifts, like when she goes to an older woman’s birthday or gets offered a new script, and we can see her process in real time that she will never see that age or star in that film.”

Huppert stars in “Frankie” as a dying French actress in her ’60s whose become internationally famous, but now hopes to reunite her family on a vacation. In a last effort to see her family happy, she invites an American friend played by Marisa Tomei to try and set her up with her son (Jeremie Renier) only to discover she’s already brought a boyfriend of her own (Greg Kinnear).

Sachs is known for his modest, understated character studies and family dramas, like “Love Is Strange,” “Keep the Lights On” and “Little Men.” And while most critics admired his latest film’s story, it’s the performances from Huppert and Tomei that appear to be the true standouts.

“‘Frankie’ is at its best when no one speaks. Sachs can’t avoid exposition to the gods but Huppert and Tomei are superb,” The Playlist’s Gregory Ellwood tweets.

“‘Frankie’ is such a lovely low-key charmer. A Rohmer-like rumination on family, art, mortality, the usual jam. Not much happens but so much is said. Ira Sachs’ best ending,” Indiewire’s Eric Kohn adds.

Sony Pictures Classics purchased North American rights to “Frankie” ahead of the festival. 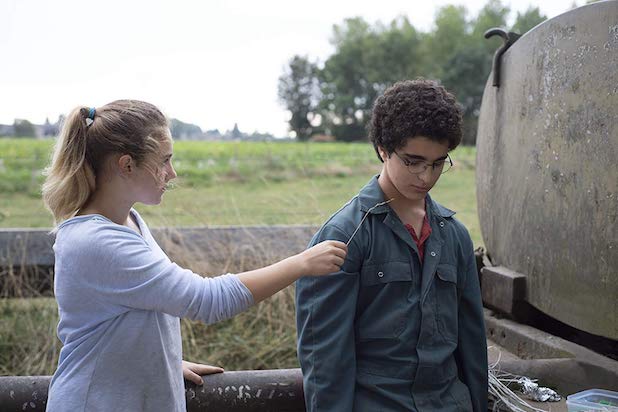 The Dardenne Brothers have won the Palme d’Or twice, and their latest film “Young Ahmed” sparked controversy from the moment it was announced. The film depicts an Islamic teenage boy in Europe who is seduced by a more extremist philosophy of Islam that inspires him to plot a terrorist attack against the life of his teacher.

Perhaps inevitably, the film has split audiences, with some praising “Young Ahmed” for being elegantly made and engrossing in its storytelling.

TheWrap’s Sharon Waxman wrote in her recap of the film, “It would be hard to find a more relevant contemporary subject, and the Dardennes take a circumspect view that avoids judgments. Their regard of Ahmed, and of those trying to draw him back from a self-destructive path, is deeply humanist.”

Others however said that the Belgian brothers aim to get inside the mind of a person they can’t hope to fully understand, and the story suffers as a result.

“A troubling work that reveals more about its creators than their subject,” critic Tim Grierson wrote. “The Dardennes are sincerely wondering how we grapple with extremists when we can’t understand their motivations. Their movie guesses but doesn’t know.”

“‘Young Ahmed’ is reasonably gripping, and as starkly unsentimental as the rest of the Dardennes’ work,” A.V. Club film editor A.A Dowd tweeted. “But it doesn’t entirely figure out its main character, which maybe why the ending they engineer for him feels so hollow — a botched Hail Mary.”