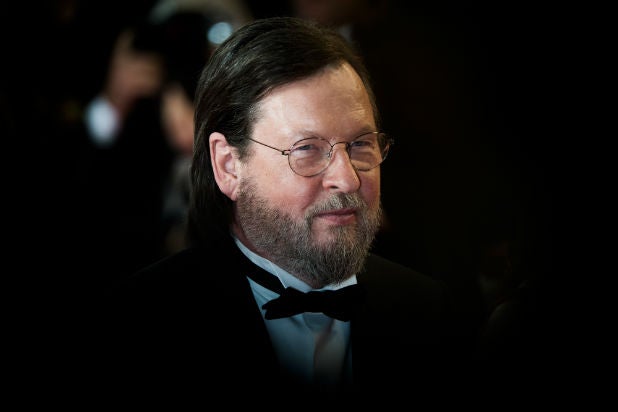 Do you hear that? It’s the sound of yacht anchors retracting and garment bags zipping up and security guards lugging briefcases housing rented diamonds.

There are few good times left to be had at the 2018 Cannes Film Festival, though the competition awards and the scandal-plagued amFAR gala remain the final pieces of business to settle before Hollywood flees the haven in the South of France.

Someone managed to track down Lars von Trier after his graphic new film inspired mass walkouts this week, and he doesn’t think you were offended enough for his liking. Elsewhere, a Cannes favorite makes his fourth visit with a rapturous drama.

Lars and the Real Response

“It’s quite important not to be loved by everybody, because then you’ve failed. I’m not sure if they hated it enough, though. If it gets too popular, I’ll have a problem. But the reception seemed just about right, I think,” von Trier told publication Cineuropa of this week’s brouhaha over his latest film, “The House That Jack Built.”

Still, von Trier told the international magazine (translated by The Guardian) that the film was “a pleasure to write,” and that he read several works from crime author Patricia Highsmith for inspiration.

“I do know a bit about psychopaths. I’ve never killed anyone myself. If I do, it will probably be a journalist,” von Trier concluded.

“Burning” Up for His Latest

Depending on who you ask, this year’s festival has no clear breakouts or staggering successes — or all of Cannes was a treasure hunt, excavating the gems despite the distraction of celebrity and fashion shenanigans.

One clear, under-the-radar find was filmmaker Lee Chang-dong’s fourth entry in the festival, the drama “Burning.”

TheWrap’s Ben Croll called the film a “slow burn tale of alienation and obsession is something like an art-house equivalent of fine wine: It can seem disappointingly closed off at first, but the more time you give it to breathe, the longer you can turn it over and let it air out in your mind, the greater the rewards will be.

Hailed as a masterpiece and adorned with fireball emojis, here are some other reactions:

I don't see how a jury could *not* give Best Actor to Yoo Ah-in for BURNING: he's quietly magnificent. But that would screw Lee Chang-dong out of any prize other than Best Screenplay, which would be a major injustice. Fix your random system, Cannes!

Today's staggering double bill: Bi Gan's LONG DAY'S JOURNEY INTO NIGHT and Lee Chang-dong's BURNING. A gorgeous, form-bending poem of light and shadow followed by a triumph of tense, fine-grained psychological portraiture. If this is a weak #Cannes, who needs a strong one?