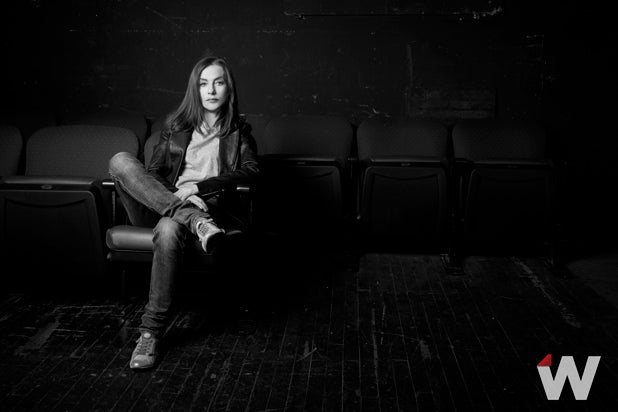 A few weeks before heading to yet another Cannes Film Festival, Isabelle Huppert has paused for a moment on her global filmmaking jaunt to breathe in the clear air of Vermont. One of the most celebrated actresses of our time, Huppert has a special relationship to the most prestigious film festival in the world: She is by far the actress with the most films chosen for the festival’s official competition, 22, and one of only four actresses who have twice won the Best Interpretation Awards, for “La Violette” in 1978 and “The Piano Teacher” in 2001.

This year, Huppert is in three festival films. Two of them are in the official competition — “The Valley of Love,” directed by Guillaume Nicloux, and “Louder Than Bombs,” directed by Joachim Trier — and the third is a special screening out of competition, “Asphalte,” by Samuel Benchetrit. All are dramas. All are penetrating stories of loss and love.

But these films are merely the latest stitches in an astonishing tapestry of work over decades, studded by intense, indelible performances, from “La Ceremonie” in 1995 to Michael Haneke‘s “The Piano Teacher” in 2001 and “Amour” in 2012. She has dabbled in American cinema, notably appearing in the landmark “Heaven’s Gate” (1980) and the iconic “I Heart Huckabees” (2004). Time and experience have only deepened her commitment to her craft, as she discussed during a brief respite in Vermont between her latest work in Buenos Aires and her home in Paris.

TheWrap: I think we can say you are the queen of Cannes. No actress has been in competition in this festival more than you.
Isabelle Huppert: That’s true. It’s the 22nd time I’m going to Cannes, the 22nd time in the official selection. That’s not counting films not in competition, in A Certain Regard, the Critics’ Week, the Director’s Quinzaine. (Laughs) No one has ever gone to Cannes as much as I have.

That’s incredible. What does Cannes mean to you?
It means so much. I was twice on the jury, in 1984 and I was head of the jury in 2009. Frankly, Cannes is my lucky star. It’s extraordinary. I think it’s the reason I’ve done so many films, not only in France. So it reflects my choices, and my journey. It reflects that cinema can take you to the most unexpected places. Like the one I did in Korea that was in competition, “In Another Country.”

Why are you so open to all of that?
It’s the result of my curiosity. In France they often say curiosity is a flaw. But I like to see what’s happening everywhere. It’s not the first time I have three movies in the official selection, it’s the second time. In 1980 I had “Loulou” with (Gerard) Depardieu, “Sauve Qui Peut” (“Every Man for Himself”) by Jean-Luc Godard. And a Hungarian film, “The Heiresses.”

Ever since I started being an actress, I’ve always had this curiosity. Cinema was meant to push the borders. I like that you make movies differently in different places. I like that you can make an American film with 400 people and a movie in Korea with nine people, a tiny little crew. I like being the common factor in all this various and versatile potential.

Tell me about “The Valley of Love.”
Gerard and I play ourselves. We are Isabelle and Gerard, two actors reunited after 25 years. We are divorced. It plays with reality and fiction. It’s a little like us after we did “Loulou.” We meet in Death Valley because our son committed suicide and before he died he wrote a letter to both of us: “Go to Death Valley and I will appear to you there.” It’s a strange and beautiful film about mourning. About how you make someone live after they’re gone. It’s as if our child wanted his parents to be his parents, after his death.

Death Valley is so spiritual. And they want to believe their son will appear to them. He’s more skeptical. She wants to believe.

What was it like to reunite with Gerard Depardieu?
It was great. He was in great shape. It was very hot of course, and we were there for three weeks. It was so intense, an amazing experience in this incredible place, with his nature. We loved working together.

What about “Louder than Bombs”?
It’s by Joachim Trier, the great Norwegian director. This stars me and Gabriel Byrne and Jesse Eisenberg. I play a war photographer who dies, and it’s about how the whole family comes up with their own recollection of their mother, for the children, and wife, for the husband. At some point the husband has to admit that she probably killed herself. It’s a very moving film, how each member of the family remembers her and has their own interpretation of her. It’s also to cope with what she was living through as a war photographer. She has to face certain situations, and the way she has to fight that feeling when she comes home, how difficult it is to connect the two experiences–from her privacy as a mother to externalized life.

How do you choose the films that you do? You almost always play intense characters.
I like to do lighter films, but it’s always better when it has depth and sense to it.

Take “Valley of Love.” I can’t think of any actress who would not want to work with Guillaume Nicloux. The script was so original. It was easy to be willing to do this movie. Those choices are easy. It’s more difficult when it comes to a lesser-known director. When I did the Korean movie there was no script. This director [Hong Sang-soo] doesn’t use a script. But for me it was obvious that I had to work with him, he’s such a great director. The elements are not the same for everyone.

Do you have difficulty finding roles?
I work all the time, I make five films a year. I have to make choices. You turn away what is bad. I am doing a lot of theater. I was in Australia with Cate Blanchett. I was in New York. I’m on stage in Paris while Cannes is going on. To be honest, I’ve never had a “less good” period. Not even because I had babies. I am very privileged, I would say.

I like to work, because I don’t really think it’s work. It’s more like a state of being.

Yes, but you have to give deeply of yourself with each role.
It’s so true that it’s like an obsession now. If I don’t reach this level of depth and intimacy in my work, I’m not happy with it. It’s my goal, it’s my quest to do that. But it’s not an effort. It’s almost like a mantra. It’s a quest for something, but it’s not an effort for me to do it.

Do you feel you often play an archetype of a certain kind of woman?
Not at all. I have a lot of power and belief in what I do. But sometimes I just think I’m just nothing. It’s very, very difficult for me to think about myself in such terms as iconic or movie star or whatever. For me, it’s unreal. I feel much closer to the person I see in my bathroom [mirror] than [the one] who people see on the screen.

I know people see you through what they see on screen. And the roles. But I don’t live with my roles, I live with myself.

Aren’t these characters tied to you?
They are aspects of me. But I don’t have the perception of my character of myself. I only have the perception of my work. My work is something from the present. When it’s over, when it’s finished, then comes the work of the viewer. If it were up to me, I’d do my films, I’d never watch them, I’d never talk about them. That would be the ideal for me. It would just be in the doing of it on the set, or on stage. If it was for me, I wish I could draw the line there. You’re doing it for the camera, I’m doing it for myself. I’m not doing it for anyone else. It’s such an intimate dialogue, it’s between me and me. Nothing else.

I did a movie once in America with Hal Hartley: “Amateur.” That might be the word I like most. It means to love, but also to be a non-professional. It’s exactly how I feel. I’ve never thought of myself as professional actress. I feel like the best way to do things is to not feel like a professional.

What have been your most difficult roles?
That’s another myth that I like to undo. I don’t think there are difficult roles. Bad movies are difficult to do with bad directors. But when you are with a good director it’s never difficult. What interests me is that she be true. Precise. Accurate.

I never draw lines between sympathetic and unsympathetic. I would draw a line between innocent or–not even guilty–but self aware. Take “The Piano Teacher.” You can’t get away from the harshness of the character. But what is interesting is what I call her innocence. She falls in love. She’s not only perverse or the terrible person people think she is. She has innocence as well.

You must be so proud of your body of work.
I’m not so proud. Of course I’m proud of what I do. But I don’t think pride is something I rely on. I think I’m more unsatisfied than proud.