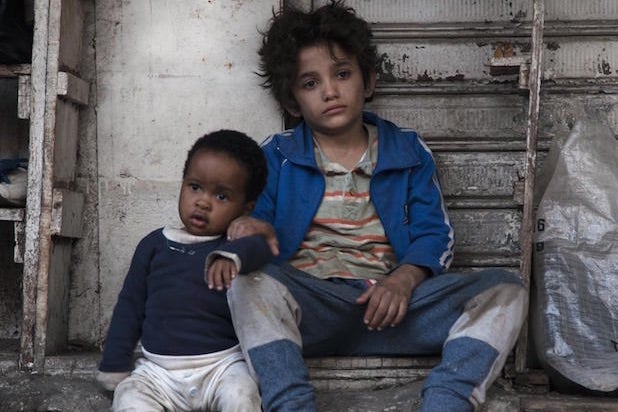 Nadine Labaki’s “Capharnaüm” had been generating whispers and speculation since before this year’s Cannes Film Festival even began, but in recent days that buzz built towards fever pitch. There was talk of bidding wars and rapturous market screenings, of all kinds of gold-plated awards in the film’s near and distant future.

Sufficient to say, journalists and festivalgoers entered the Thursday night premiere with one weighty set of expectations.

And now that the dust has cleared, now that the gala audience has finally stopped whooping and applauding after their 15-minute standing ovation, we can say it for certain: Everything hinted was true and everything Sony Pictures Classics paid was worth it.

The time for whispers is over — now, you’re going to be hearing about this film an awful lot.

Also Read: 'Whitney' Cannes Review: Beyond the Bombshells Is a Straightforward Music Documentary

“Capharnaüm” – which takes its title from a Latin word, commonly used in French, meaning disordered or chaotic – follows Zaïn (Zaïn Alrafeea, in a heart-wrenching film debut), a potty-mouthed denizen of one Beirut’s seedier slums. If we’re ever unclear as to Zaïn’s exact age, that’s because he doesn’t know either – when he was born his parents couldn’t afford to get him papers, and that lack of documentation hangs over his head like original sin.

Labaki opens on a startling image: the young urchin led into court in handcuffs. We quickly learn that this is not a criminal case – in fact, Zaïn is already serving time – but a civil one.

The plaintiff is Zain; the defendants are his parents; and the charge? Birthing him into this rotten world.

The rest of the film then proceeds in searing flashback, tracking how he got to this point, and playing (to be somewhat reductive) as kind of “Slumdog Millionaire” scrubbed of empty flash and infused with blistering geopolitical resonance.

Also Read: The Scene at TheWrap and The Female Quotient's Cannes Panel on Gender Equity (Photos)

As the director herself has noted, the title refers as much to the many bazaars and hovels displayed onscreen as to the film’s rather slapdash narrative line. It takes a couple of tries, assumes a few different iterations, before achieving its peak form as – I kid you not – a kind of buddy movie between Zaid and Yonas (Treasure Bankole), the Ethiopian infant he’s stuck taking care of.

In a kind of filmmaking miracle that still boggles the mind, the barely one-year-old Bankole delivers a full-on performance – and what’s more, a charismatic, scene-stealing one that could easily contend for awards and be a perfectly reasonable option.

Despite the rapturous applause that greeted its premiere, the film will hardly be the unanimous choice for best-of-the-fest. In truth, “Capharnaüm” will play as Kryptonite to a certain subset of critics, who wouldn’t be terribly off base with their concerns.

You could credibly make the argument that Labaki throws everything – and I mean everything – on screen in a bid to melt hearts and win world-cinema acclaim, cycling through child marriages, Syrian refugees, human trafficking and impoverished miserablism in her desire to moisten those tear ducts.

With a soulful, wounded-eyed preteen taking the lead, and characters who defend their desire to move to Sweden because “kids die of natural causes” there, the film can be a bit much. But in a year defined by political and moral outrage, the ability to honor something of equivalent force might prove irresistible.