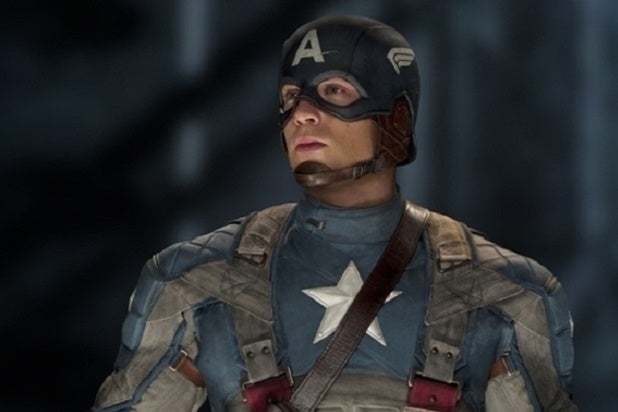 If you’ve ever wondered how much it would cost to be Captain America in real life, here’s your answer.

Twizzle put together an infographic that lays out the Marvel superhero’s entire budget just in time for his biggest battle yet: “Captain America: Civil War.”

For starters, Project Rebirth — the science experiment that turned Steve Rogers into a super solider — would have cost $516,000 today, taking inflation into account. That number was derived from how much Albert Einstein made on an annual basis ($10,000) and how many lab costs would have stacked up.

The superhero’s signature motorcycle, a 2014 Harley-Davidson 750, would cost around $7,500. His uniform would amount to $3,500 — a figure that includes his boots, belt, gloves and helmet. His shield, on the other hand, would add another $54.4 million dollars to the budget.

Why that much, you ask? The shield is made from a fictional indestructible metal Vibranium, and quality costs a lot of money in the Marvel universe.

“It’s stated in issue 607 of Fantastic Four that the material costs $10,000 per gram. According to Marvel themselves, the shield weighs in at 12 pounds, making the shield worth a whopping $54 million,” Twizzle wrote.

Adding a firearm budget of $900, Twizzle estimated Captain America’s salary to be somewhere between $75,000 and $155,000 a year, comparing his employment status to that of a special agent at the CIA.

So, the total cost of being Captain America is a whopping $55.1 million. On the other hand, it costs around $100 billion to be Iron Man, also known as Tony Stark.

“Captain America: Civil War” hits theaters on May 6. See the infographic below.

Our roundup of gut reactions to the Avengers free-for-all

Fans, critics and comic-book guys have gotten their first looks at "Captain America: Civil War" and the initial buzz is very good. Here are some of the first reactions.