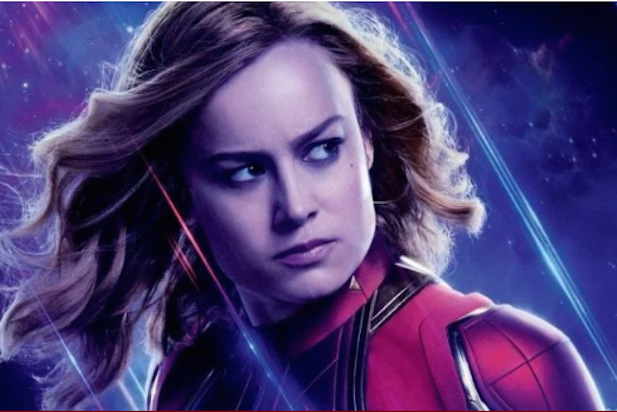 “Avengers: Endgame” is expected to break multiple box office records next weekend, but for Disney and Marvel Studios, the blockbuster’s impact is already being seen on the last Marvel Cinematic Universe installment to hit theaters, “Captain Marvel.”

As the final countdown begins to the biggest Marvel film yet, many of the franchise’s most devoted fans are re-watching the 21 films that brought us to this point, which has led to renewed interest in “Captain Marvel” as it completes its seventh weekend in theaters. This Easter, the film is actually seeing an increase in its grosses, with $9.1 million this weekend, a 6% rise from the $8.6 million it earned the previous weekend.

Since its release last month, “Captain Marvel” has continued to perform unlike any other superhero movie of its kind. Brie Larson’s heroine was introduced fresh to Marvel fans in the new film, unlike “Black Panther,” whose protagonist was introduced in “Captain America: Civil War.” In terms of preexisting familiarity with its characters, “Captain Marvel” is more like “Doctor Strange” and “Guardians of the Galaxy,” but has vastly outperformed both of those films both domestically and worldwide.

With this “Avengers”-fueled weekend, “Captain Marvel” has become the seventh MCU film to gross $400 million domestically, and has passed “The Dark Knight Rises” to become the eighth-highest grossing superhero film ever with $1.09 billion worldwide. Even as “Endgame” enters theaters next weekend, “Captain Marvel” is set to pass the $412.5 million domestic total of “Wonder Woman,” and in doing so will also pass the domestic totals of “Civil War” and “Iron Man 3” as well.

“Endgame,” meanwhile, is expected to set new records for the biggest opening in box office history, both domestically and globally. The current record belongs to its predecessor, last year’s “Avengers: Infinity War,” which opened to $640 million worldwide and $257.6 million in North America.