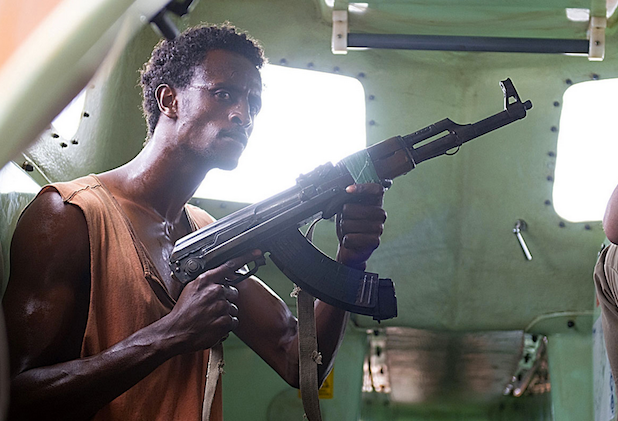 “Captain Phillips” grossed $600,000 in limited late showings Thursday night, putting Paul Greengrass’ film on track for a $19 million weekend. That is a strong start for the Sony film, though it will not be enough to unseat “Gravity.”

Alfonso Cuaron’s film is expected to hold onto the top spot after setting an October record last weekend.

“Captain Phillips” has received very strong reviews and sports a 94 percent on Rotten Tomatoes. That has Sony betting the movie will have long legs, holding up at the box office for weeks to come.

Though a few films opening during the rest of October are expected to do quite well, they are targeted at different demographics than the adult-skewing “Captain Phillips.” “Carrie,” a remake of the horror classic, and “Jackass Presents: Bad Grandpa,” the latest installment in Paramount’s comedy series, will both lure younger moviegoers.

The $19 million projection has prompted comparisons to “Argo,” a collation inevitable this year given that movie’s success both at the box office and during awards season. Distribution executives made similar comparisons when “Prisoners” opened to $21 million.

Unlike “Prisoners,” “Captain Phillips” doesn’t have a “Gravity” two weeks down the line. It opens in the middle of the storm.

The other movie that played at late showings last night was Open Road’s “Machete Kills,” which grossed $200,000 and is on track for around $10 million this weekend.