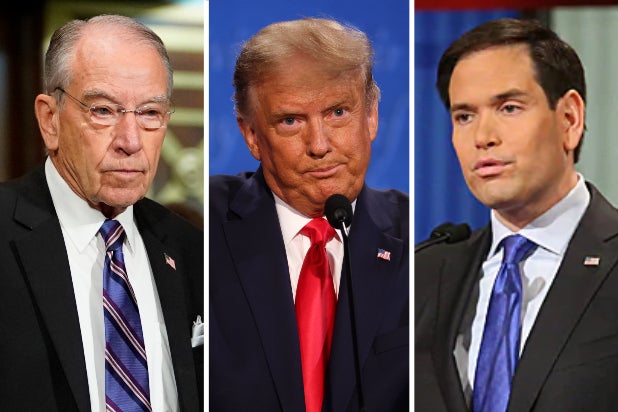 Legendary journalist Carl Bernstein used his Twitter account late Sunday night to spill the names of 21 Republican senators who he said have privately expressed “contempt” for President Donald Trump — while publicly praising him. Among them were Sens. Marco Rubio, Mitt Romney and Chuck Grassley.

“I’m not violating any pledge of journalistic confidentially in reporting this,” the Watergate journalist insisted in a tweet before he dropped the names. “21 Republican Sens-in convos w/ colleagues, staff members, lobbyists, W. House aides-have repeatedly expressed extreme contempt for Trump & his fitness to be POTUS.”

According to Bernstein, all of them “have privately expressed their disdain for Trump.”

He was careful not to let the name-dropping look like a rehabilitation attempt for the senators’ post-Trump reputations, however. In a third tweet, Bernstein observed, “With few exceptions, their craven public silence has helped enable Trump’s most grievous conduct–including undermining and discrediting the US the electoral system.”

As of Monday morning, Trump still has not accepted the results of the 2020 election, which he lost to President-elect Joe Biden in both the popular and electoral vote. As a result, many of the president’s allies and fellow Republicans have held off on congratulating Biden ot even referring to the Democrat as president-elect.