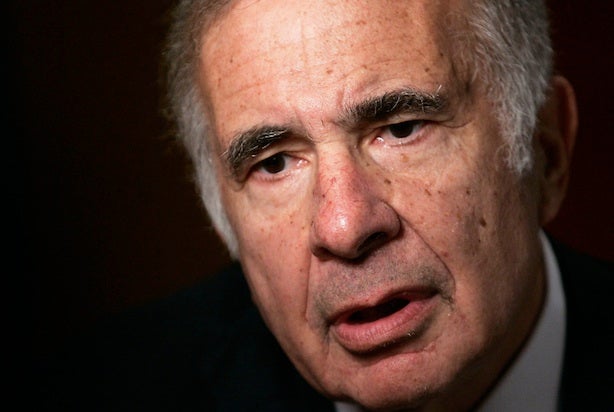 Carl Icahn has cashed in roughly half of his stake in Netflix  after watching it grow an astonishing 457 percent, the activist investor disclosed Tuesday, reducing his position in the streaming giant from 9.4 percent to 4.5 percent.

Icahn offered nothing but praise for the company — he even saved a shout-out for his favorite Netflix Originals actor — and insisted that the company is still undervalued:

“As a hardened veteran of seven bear markets I have learned that when you are lucky and/or smart enough to have made a total return of 457 percent in only 14 months it is time to take some of the chips off the table. … I want to thank [Netflix CEO] Reed Hastings, [Netflix Chief Content Officer] Ted Sarandos and the rest of the Netflix team for a job well done. And last but not least, I wish to thank Kevin Spacey.”

The company now commands roughly 40 million subscribers around the world, and its slate of original programming like “Orange is the New Black” and “House of Cards,” as well as its revival of the cult hit “Arrested Development,” have been well-received.

The 2.99 million shares Icahn unloaded on Tuesday sold for $314.85 on average,  substantially above the $58 a share that he shelled out last fall. In just over a year, he saw a 457 percent return on his investment which, even in the act of selling, Icahn described as “one of the great consumer bargains of our time”:

We find it difficult to understand why a household would not subscribe to the service, considering the low monthly price, the robust content aggregation (which includes an increasing mix of premium and award-winning original series) and the dramatically superior user experience from both an interface and overall technology perspective.

Netflix had a very different outlook when Icahn invested in the streaming company in 2012. Back then, shares had lost hundreds of dollars over subscriber defections stemming from an unpopular price hike and an aborted decision to spin-off its DVD-by-mail service.

On Monday, Netflix’s third quarter earnings shattered projections, as the company added 1.3 million domestic subscribers in the quarter, 11 percent more than a year ago. Netflix also reported  better than hoped for revenue and profits, with earning per share hitting 52 cents and revenue topping out at  $1.1 billion.

Netflix’s shares dropped 2.06 percent in after-hours trading to $315.89 on news Icahn was selling part of his stake. The stock closed down 9.15 percent on Tuesday.