Nasisb came out as gay via a video posted to his Instagram page on Monday. In the post, Nassib added that he planned to donate $100,000 to The Trevor Project, which works to provide mental health support and decrease suicide risk in LGBTQ+ youths.

Shortly afterward, Goodell said in a statement, “The NFL family is proud of Carl for courageously sharing his truth today. Representation matters. We share his hope that someday soon statements like his will no longer be newsworthy as we march toward full equality for the LGBTQ+ community. We wish Carl the best of luck this coming season.”

Along with Goodell, the Las Vegas Raiders also reacted to Nassib’s announcement on Monday by reposting his statement and writing on the team’s official Twitter account, “Proud of you, Carl.”

Nassib is the first active player in the NFL to come out while playing, but he is far from the first NFL pro to identify on the LGBTQ spectrum. As CNN commentator Keith Boykin pointed out, St. Louis Rams player Michael Sam Jr. — coincidentally, also a defensive end — was out as gay throughout his career. Sam came out to his teammates in 2014, shortly after being drafted.

Nassib said in a follow-up to his coming-out video that he’d “agonized over this moment for the last 15 years.” The 28-year-old defensive end and West Chester, Pennsylvania, resident was drafted in 2016.

“I just wanted to take a quick moment to say that I’m gay,” Nassib said in the video. “I’ve been meaning to do this for a while now, but I finally feel comfortable enough to get it off my chest. I really have the best life. I got the best family, friends and job a guy can ask for. I’m a pretty private person, so I hope you guys know that I’m really not doing this for attention. I just think that representation and visibility are so important.” 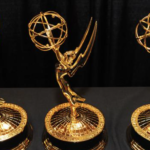 Several NFL athletes have come out as gay or bisexual post-retirement. That list includes Ryan Russell, a former defensive end for the Dallas Cowboys, Tampa Bay Buccaneers and Buffalo Bills, who was the first NFL player to come out as bisexual in 2019. And one of the first NFL players — and overall athletes — to ever come out was David Kopay, a former running back for the San Francisco 49ers. Kopay came out as gay after retiring from the NFL in 1972. He is now a member of the advisory board for the Gay and Lesbian Athletics Foundation.