“I am filled with sorrow to speak about the passing of Joanna and Lucy Simon,” the pop star said in a statement to TheWrap. “Their loss will be long and haunting. As sad as this day is, it’s impossible to mourn them without celebrating their incredible lives that they lived.”

“We were three sisters who not only took turns blazing trails and marking courses for one another, we were each other’s secret shares,” Simon continued. “The co-keepers of each other’s memories. I have no words to explain the feeling of suddenly being the only remaining direct offspring of Richard and Andrea Simon. They touched everyone they knew and those of us they’ve left behind will be lucky and honored to carry their memories forward.”

She signed the message, “With great and eternal love and respect.” 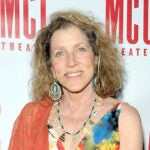 Joanna was a celebrated mezzo-soprano, who later won an Emmy as a producer for PBS. Lucy’s 1991 musical “The Secret Garden” was nominated for a Tony and a Drama Desk Award, and also won two Grammys for her children’s album “In Harmony: A Sesame Street Record” and its follow-up.

Their brother, Richard, a photographer, passed away in 2018, leaving Carly as the only sibling of Richard Simon, the co-founder of Simon & Schuster and a classical pianist, and Andrea Simon, a civil rights activist and singer. Carly wrote the 1994 song “Like a River” about her late mother.

The two youngest sisters began performing as the Simon Sisters in 1963 until Lucy left the group and Carly started her award-winning solo career with her self-titled debut album in 1971.

Carly Simon, who is best known for her songs “Anticipation,” “You’re So Vain” and “Nobody Does It Better” from the James Bond film “The Spy Who Loved Me,” was voted into the Rock and Roll Hall of Fame in May. The induction ceremony is set to take place Nov. 5 at Microsoft Theater in Los Angeles. 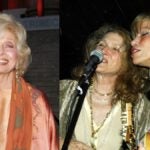