Carole Baskin has sued Netflix over her appearance in the streaming service’s upcoming “Tiger King” sequel.

Baskin, who filed the suit on Monday in Tampa, Fla., is arguing that Netflix and Royal Goode Productions are breaching their contract by continuing to use footage of her and her husband, Howard, for “Tiger King 2.” She says they only signed appearance release forms for the original “Tiger King” docuseries, which was released last year.

“Understanding that the Appearance Releases limited Royal Goode Productions’ use of the footage of the Baskins and Big Cat Rescue to the single, initial documentary motion picture, the Baskins believed that any sequel – though odious – would not include any of their footage,” read the lawsuit. 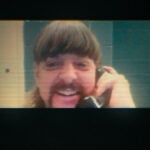 Baskin was a key figure in the first “Tiger King,” which centered around Joe Exotic (aka Joseph Allen Maldonado-Passage and/or Joseph Allen Schreibvogel), a convicted felon who operated the Greater Wynnwood Exotic Animal Park. Baskin, a big-cat rescue enthusiast who was the target of the murder-for-hire plot that put Joe behind bars, has also been accused of playing a role in the death of her former husband, which she has strongly denied.

Here’s the Netflix synopsis: With Joe Exotic behind bars and Carole Baskin closing in on ownership of his disreputable zoo, the Emmy-nominated saga continues its twisted course with “Tiger King 2” as newfound revelations emerge on the motivations, backstories, and secrets of America’s most notorious big cat owners. Old enemies and frenemies, including Jeff Lowe, Tim Stark, Allen Glover, and James Garretson return for another season of murder, mayhem, and madness. Thought you knew the whole story? Just you wait.

The five-episode “Tiger King 2” premieres on Nov. 17. It was directed by Rebecca Chaiklin and Eric Goode. Those two executive produce alongside Chris Smith and Fisher Stevens.