If you thought “Tiger King” was wild, get a load of the trailer for “Tiger King 2.”

You may be wondering, how could there possibly be another season of “Tiger King” while Joe Exotic (aka Joseph Allen Maldonado-Passage and/or Joseph Allen Schreibvogel) is being bars? Solid question, and the trailer pretty immediately answers it.

“When you thought you’ve seen it all, you haven’t quite seen it all,” the opening voiceover of the Season 2 sneak peek teases.

The rest of the video totally lives up to that promise. Watch the trailer above — it’s got one of our favorite song choices for a teaser in years. 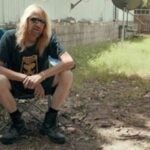 “We have more money than God right now,” Jeff Lowe, who took over Joe’s zoo when he went to prison, says in the video preview. But as we know in present day, trouble was just around the corner for Lowe.

And while Carole Baskin (the big-cat rescue enthusiast who was the target of the murder-for-hire plot that put Joe behind bars) may seem like the hero among thieves, there is still plenty to explore about her missing husband.

“He was dealing with some shady characters down in Costa Rica,” one Season 2 participant says about Don Lewis.

“Don liked to play with dangerous stuff,” another says over footage of prostitutes and guns. “They’ll kill you for that.”

Sounds like the tigers and lions are the safest part of this bizarre lifestyle. 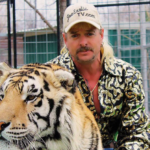 Here’s the Netflix synopsis: With Joe Exotic behind bars and Carole Baskin closing in on ownership of his disreputable zoo, the Emmy-nominated saga continues its twisted course with “Tiger King 2” as newfound revelations emerge on the motivations, backstories, and secrets of America’s most notorious big cat owners. Old enemies and frenemies, including Jeff Lowe, Tim Stark, Allen Glover, and James Garretson return for another season of murder, mayhem, and madness. Thought you knew the whole story? Just you wait.

The five-episode “Tiger King 2” premieres on Nov. 17. It was directed by Rebecca Chaiklin and Eric Goode. Those two executive produce alongside Chris Smith and Fisher Stevens.