Carrie Budoff Brown is leaving Politico and heading to NBC News, where she’ll work on expanding the reach and impact of the “Meet the Press” brand as its senior vice president.

The “Meet the Press” franchise includes not only Chuck Todd’s Sunday show on NBC and daily MSNBC offering, but podcasts, streaming and events like a film festival, too. As NBC News’ own Dylan Byers pointed out Tuesday, television viewership is in decline, so embracing new mediums and audiences is the key to brand survival. John Reiss will still be executive producer of the Sunday show and Melissa Frankel will continue as the “Meet the Press Daily” executive producer, but both will report to Budoff Brown. 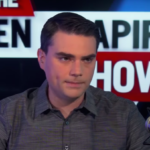 In a memo to staff obtained by TheWrap, NBC News president Noah Oppenheim welcomed Budoff Brown to the company and praised the “Meet the Press” brand.

“Over the last six years, Chuck, John Reiss and the team have transformed ‘Meet the Press’ into a modern political franchise, outpacing the competition by expanding into the newsletter business, podcasting, its annual documentary film festival, and most recently, finding great success in the streaming space with ‘Meet the Press Reports’ on NBC News NOW. We’re excited to bring Carrie’s expertise to the team to build on this growth and explore even more ways to engage news consumers,” he wrote.

Budoff Brown has been with Politico since its beginnings in 2007. Most recently, she served as an editor there, but was previously the managing editor of Politico Europe and a White House correspondent.

“Her decision does not come as a surprise. In recent weeks, she and I have had searching and quite gratifying conversations about her professional life, her interests, and the abundant possibilities ahead of her. This choice is not what I would wish for myself, which is that she would stay at Politico to continue to learn and lead as she has done for the past decade and a half. I will say that it is what I would wish for Carrie, upon learning more about her thinking,” he said.