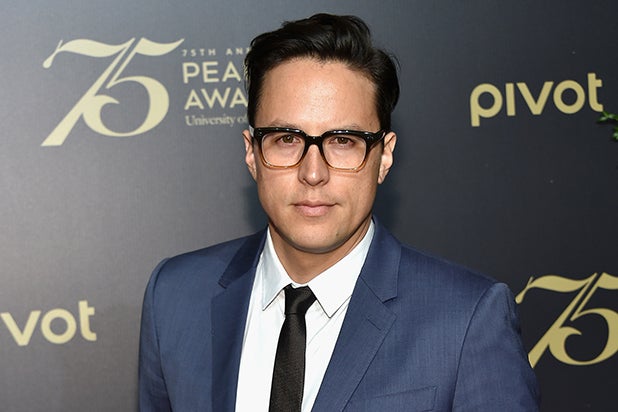 Legendary has closed a deal for Cary Fukunaga to produce and direct “Tokyo Ghost,” based on the Image comic by Rick Remender and Sean Gordon Murphy, according to an individual with knowledge of the project.

The cyberpunk series is set in 2089, when humanity has become fully addicted to technology as an escape from reality. “Tokyo Ghost” follows the story of peacekeepers Debbie Decay and Led Dent, working in the Isles of Los Angeles, who are given a job that will take them to the last tech-free country on Earth: the garden nation of Tokyo. Remender will adapt the project.

Remender is best known for co-creating comics such as “Black Science,” “LOW,” and “Fear Agent,” which is currently being developed by Matt Tolmach Productions and Point Grey through Sony for Amazon. His work at Marvel Comics is the basis for major elements of “Avengers: Endgame,” “Falcon and Winter Soldier” and “Deadpool 2.” He worked with the Russo Brothers as co-creator and co-showrunner on Sony Television’s 2019 adaption of his book “Deadly Class” for Syfy and currently curates his own publishing imprint, Giant Generator at Image Comics. Remender and producer Jon Silk have been friends for over 20 years, going back to their work in Underground Comix in the Bay Area.

Sean Murphy is the co-creator of the Image Comics series “Chrononauts” with Mark Millar, which is currently being developed by Netflix and serves as writer/artist on the hit DC comic “Batman: White Knight.”

Cary Fukunaga made his feature debut with the Sundance breakout “Sin Nombre” in 2009, and went on to direct “Jane Eyre” and “Beasts of No Nation,” the first Netflix original film. He won an Emmy in 2015 for directing the first season of HBO’s “True Detective,” and developed and directed all of Netflix’s “Maniac,” for which he was nominated for a DGA Award. Fukunaga is currently directing the first three episodes of World War II series “Masters of the Air” for Amblin, Playtone, and Apple TV+.

Cary Fukunaga is represented by WME and Sugar23.