Netflix has ordered a “Castlevania” spinoff series from the original show’s producers, the streaming service revealed Friday. The spinoff is focused on Maria Renard and Richter Belmont, the son of Sypha and Trevor, and set in 1792 France during the French Revolution.

The “Castlevania” franchise launched in the late 1980s as an action-adventure gothic horror video game series about vampire hunters. It was created and developed by Konami.

After many, many more installments, Netflix turned “Castlevania” into an anime series — the very first for the streaming service. The 10-episode fourth and final season premiered last month. 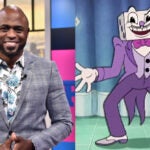 “Castlevania,” the series, is a dark medieval fantasy following the last surviving member of the disgraced Belmont clan, who’s trying to save Eastern Europe from extinction at the hand of Vlad Dracula Tepes himself. Its voice cast included James Callis, Emily Swallow, Matt Frewer, Tony Amendola and Alejandra Reynoso.

Per Netflix, “In the epic final season of ‘Castlevania,’ Wallachia collapses into chaos as factions clash: some attempting to take control, others attempting to bring Dracula back from the dead. Nobody is who they seem, and nobody can be trusted. These are the end times.”

Sam Deats directed “Castlevania,” which was created and written by Warren Ellis. Ellis executive produced the show along with Kevin Kolde, Fred Seibert and Adi Shankar. It was produced by Frederator Studios, a Wow! Unlimited Media company. 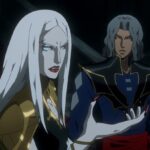 The spinoff announcement came during the final day of Netflix’s “Geeked Week.” Additional revelations from Friday’s installment of the weeklong virtual event included casting for the live-action “Resident Evil” series; Wayne Brady joining “The Cuphead Show” as King Dice and a teaser of the show; the first-ever “WitcherCon,” hosted by both Netflix and CD Projekt Red, being set for July 9; and new “Far Cry” and “Captain Laserhawk” anime shows.