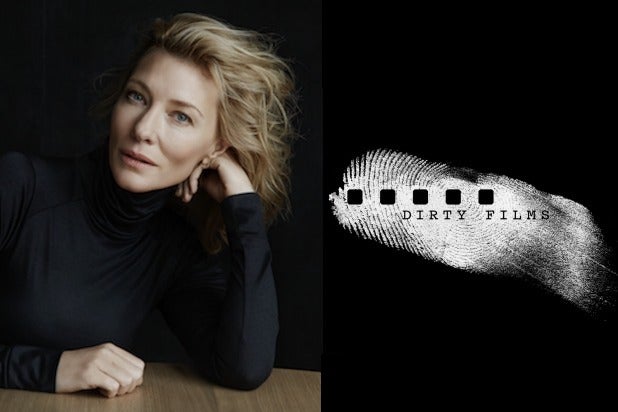 Coco Francini, who executive produced “Mrs. America” alongside Blanchett, has joined Dirty Films as a partner. Francini most recently served as a producer on Quentin Tarantino’s “The Hateful Eight” and also produced Zach Braff’s “Wish I Was There.” A former executive at Activision Blizzard Studios, Francini previously was an executive vice president at Stacey Sher’s Shiny Penny.

Blanchett and NRP President Brad Fischer previously collaborated on “The House With a Clock in Its Walls” and “Truth.”

Founded by Brian Oliver and led by Fischer and Oliver, New Republic Pictures launched in May 2018 and financed the Elton John biopic “Rocketman,” which was the first film in its first-look co-financing and distribution deal with Paramount. It partnered with Amblin Partners and Universal Pictures’ three-time Oscar-winning film “1917” from director Sam Mendes, which has grossed over $368 million worldwide to date.

Earlier this year, New Republic Pictures won the auction for “Family Jewels,” a comedy pitch starring Goldie Hawn, Bette Midler and Diane Keaton, who have not appeared on screen together since 1996’s “The First Wives Club.” The company also recently won a bidding war for the rights to “Undiscovered Country,” based on a graphic novel from Image Comics. And last year NRP signed a first-look deal with Michael Fassbender and Conor McCaughan’s production company, DMC.