“You” and “Jane the Virgin” alum Jenna Ortega will star in the eight-episode series as beloved “Addams Family” character, with Zeta-Jones set to guest star as her mother, Morticia. Luis Guzman was previously cast as Gomez Addams, Wednesday’s father.

The eight-episode young adult series comes from “Into the Badlands” creators Al Gough and Miles Millar and director Tim Burton. The project is described as “a sleuthing, supernaturally infused mystery charting Wednesday Addams’ years as a student at Nevermore Academy.” 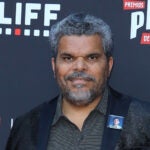 The character of Morticia has previously been played by Carolyn Jones, Anjelica Huston and Daryl Hannah. Charlize Theron recently voiced the character for Universal’s animated “Addams Family” feature and will reprise the role in the upcoming sequel later this year.